Taking the paperwork out of suckler farming 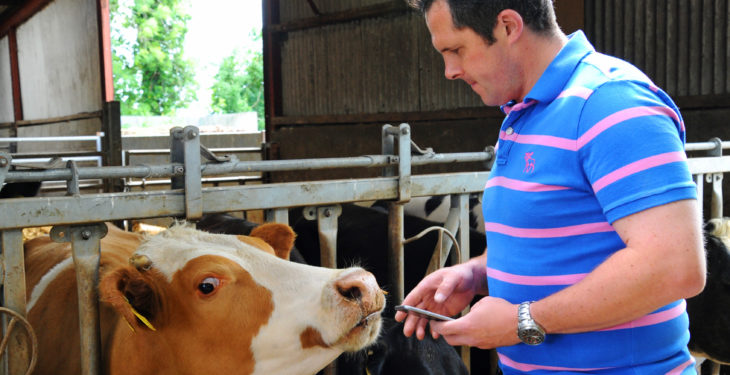 Brian Reidy runs a suckler farm, with his father Pat, in Ballylooby near Cahir, Co. Tipperary.

The Tipperary-based farmer also runs his own dairy and beef nutrition consultancy firm, Premier Farm Nutrition, resulting in a lot of time being spent on the road and away from the farm.

Brian was on the lookout for something to help him keep on top of his farm compliance paperwork and manage his farm records. He found the solution in the Herdwatch app, which is making life on the farm and on the road a whole lot easier.

Taking the stress out of inspections

Recording all of the different information for Bord Bia, the ICBF and Cross Compliance is difficult for most suckler farmers. But, Brian explained how he manages all of this with the Herdwatch app.

He said: “I was weighing calves a few weeks back; I put their weights into Herdwatch and it gave me their average daily gains.

I put them into a group on the app and dosed them all according to their weight.

“I literally did all this on the Herdwatch app as they where in the shoot; the weights went to the ICBF and the dosing was recorded for Bord Bia,” he said.

The whole audit process can be a stressful time for farmers. However, Brian found using Herdwatch has made a big difference.

“My audit last year was so easy. He (the auditor) just went through the report I printed from Herdwatch while he had a coffee in the house,” Brian said.

No more rooting for pieces of paper

Brian records all his service and scan results using the Herdwatch app. This means that “there is no more rooting through pieces of paper or looking at excel sheets”.

It’s all there in the one app – that’s the beauty of Herdwatch.

Keeping a tight calving pattern can prove to be quite difficult when the majority of your cows are being served by AI whilst on slats. 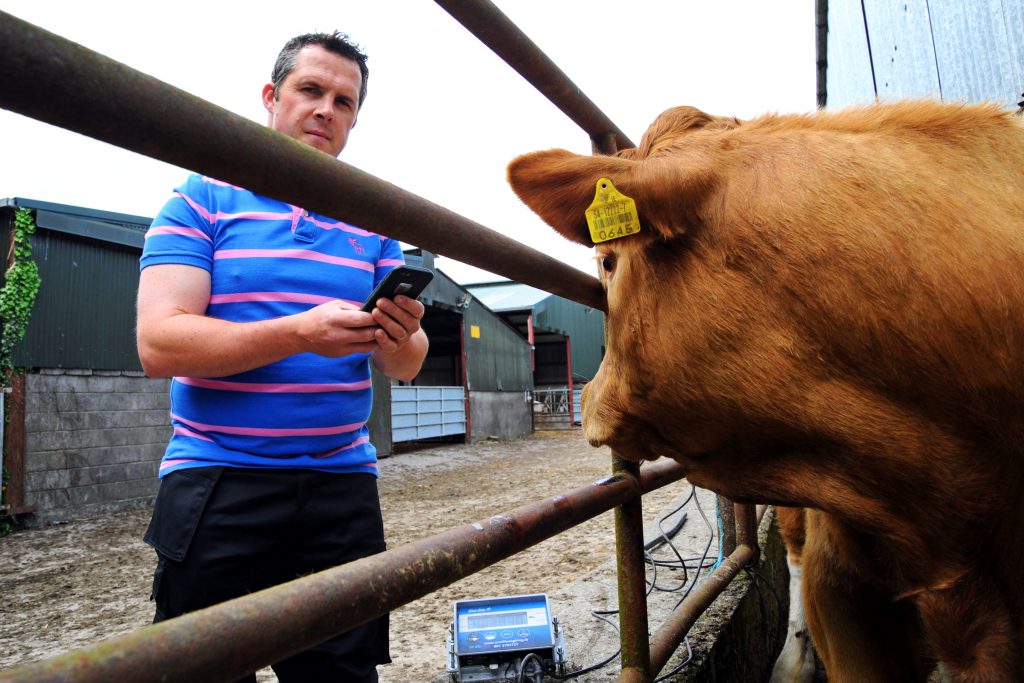 Brian explained how Herdwatch helps him with this. “When I see a cow bulling, I record the heat in Herdwatch in advance of the breeding season.”

Brian also touched on how the new Watchboard feature in Herdwatch helps him to keep on top of the breeding season.

I’m always checking Herdwatch for when a cow is due to repeat or for cows that have not come into heat yet – it’s all there in the Watchboard when I need it.

It’s not just an app for young farmers

Brian’s father, Pat, is still an active member of the farm. He too has embraced the Herdwatch app.

Brian said: “If I’m working away and he is wondering about a cow that isn’t sucked and which calf is hers, he can just check it on his phone. It’s that easy; it’s all there on all our devices.”

Herdwatch lets you look at an animal’s history and make informed decisions, anytime or anywhere, even with no internet access.

Brian explains how the app helps at calving time.

When I’m registering calves, I literally have all the information there in Herdwatch; so I can register the calves as I tag them.

Get the summer deal

Brian is part of a community of thousands of farmers using Herdwatch at only €130/year.

There is a Summer Starter Offer available for the month of July, where you can get set up on Herdwatch for just €3 for three months.

For more information or to request a call back, text ‘frs HW717’ and your name at: 51444. The Summer Starter Offer is available here