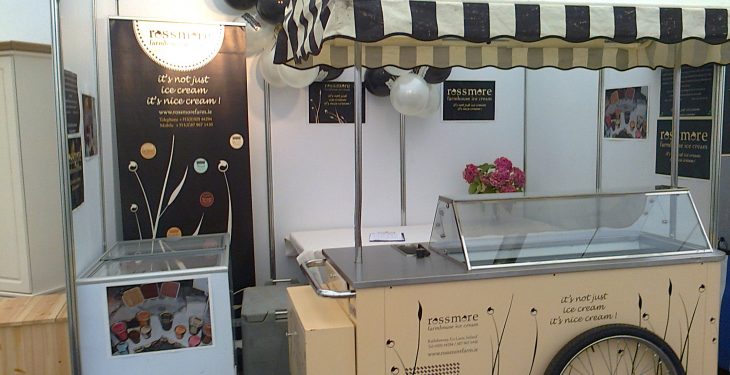 Now their product, Rossmore Farmhouse Ice Cream, is served in restaurants such as Hartes of Kildare; hotels including CastleDurrow; and from carts at weddings and other events.

“We are steadily picking up since the worst of the recession a few years ago,” said Rebecca Stanley.

The couple, who have three grown-up children, had been living on their Errill farm since 1991 and milking Friesians since 1983.

When Aubrey Stanley spotted an advertisement for an ice-cream machine and equipment in August 2006, the couple decided to give ice-cream making a go.

“It seemed to be a good option to add value to what we had,” said Rebecca Stanley.

It took about a year to get the venture up and running on the farm which comprises 50ac.

“We had to get planning permission for the building and secure funding. Laois Leader provided us with a start-up grant as well as help afterwards to purchase labels,” said Rebecca Stanley.

“We needed to learn about food hygiene and Hazard Analysis and Critical Control Point (HACCP). We also had to work with the Department of Agriculture to make sure we had all systems in place regarding both the milk quota and food hygiene,” she said.

“We started selling our ice cream at the end of the summer of 2006. We missed the summer market but did get going with some hotels.”

The Stanleys, who currently milk 30 cows, make a range of ice cream and sorbet.

Vanilla is our best seller but honeycomb is a good second favourite.

“We make sorbet to order for hotels and often create unusual flavours for them,” said Rebecca Stanley.

For her, the best aspect of life as an ice cream maker is the opportunity to meet so many people they would not otherwise come across.

The downside, she said, in a case of ‘we all scream for ice cream’, is that orders often come in at the last minute.

The Stanleys, who sell most of their milk to Glanbia, are keeping their fingers crossed for a heatwave this summer. 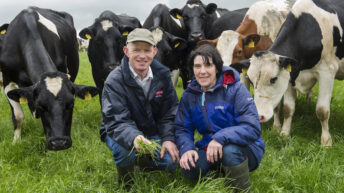