A Fendt Katana 65 self-propelled forage harvester is currently working in Northern Ireland. This is the first such Fendt-branded machine to be used on the island of Ireland – so Agriland was keen to find out how it’s faring.

While the well-known German agricultural machinery firm has been manufacturing harvesters for a number of years – some of which have been used in Britain since 2013 – no such harvester has made its way to Ireland until now.

According to Sean Gorman, Area Sales Manager for Fendt, the machine is not going to be used for mass demonstration but instead is being used as a test machine. He said: “A small number of contractors who use a lot of Fendt tractors were selected to try it out in Irish conditions and give us feedback on it.”

He added that it is a test of the machine in an Irish context. In Britain, there are 30 or more Fendt forage harvesters in use. 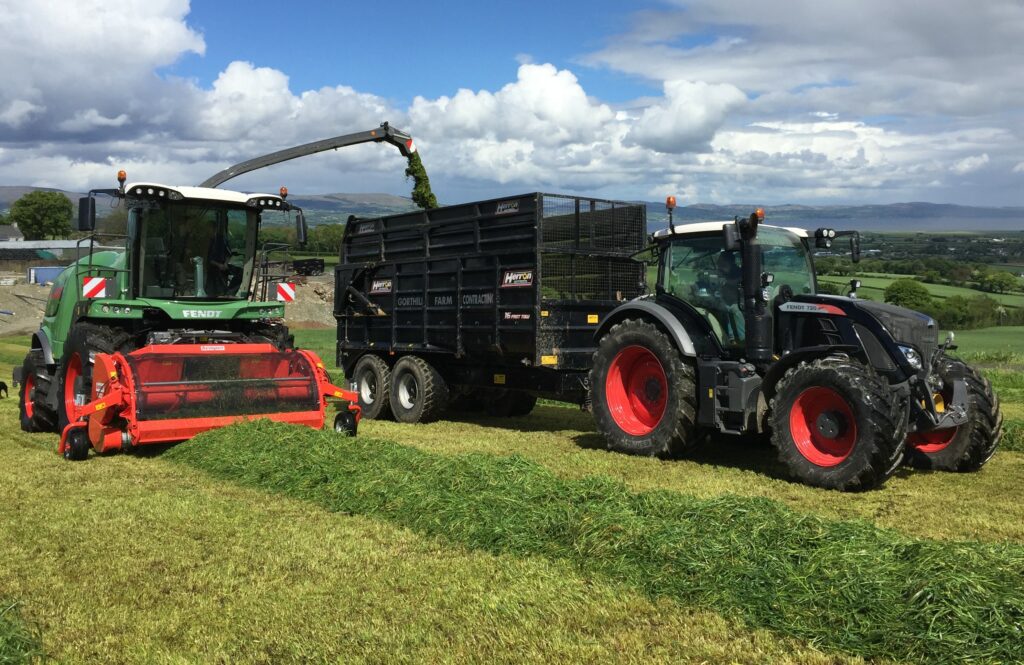 Gorman said that Fendt is in no rush to enter the Irish forager market and has given no commitment to sell the Katana here. However, there is interest in bringing these harvesters to Ireland at some point, though there is no definite plan at present.

Nonetheless, there reportedly remains a good deal of interest among Irish contractors in Fendt harvesters – should Fendt begin distribution in this country.

Gorman highlighted some of the key features of the Katana, saying: “There are six feed-rollers on the machine – these give a consistent flow of crop going into the chopping cylinder. While this is not unique to Fendt, it is a good set-up.”

Also, the cab of the harvester was singled out, described as being “not unfamiliar to those used to Fendt tractor cabs”.

According to Gorman, good fuel efficiency is another highlight, and chop-length is also “very accurate”. While very precise chop-length might not be of huge concern in Ireland, it is extremely important in the UK for bio-gas fuel production.

The Katana is Fendt-engineered and is built in-house to create a “robust, solid, well-built machine”, according to Gorman.

4WD is standard on both the Katana 65 and a larger version not yet seen in Ireland – the Katana 85 – which boasts 850hp. The same can be said for rear-axle suspension, and a traction control system that automatically operates the differential lock.

Fendt forage harvesters have a VarioGuide guidance system available in two options. Accuracy levels are +/-20cm or +/-2cm, depending on which option is chosen.

In addition to this, Fendt’s VarioDoc documentation system records and displays relevant data such as fuel consumption and yield mapping.

Should Fendt actually ‘take the plunge’ and enter the Irish market, it will certainly offer an interesting alternative to harvesters currently available here. A Katana was also in action at the Grassland & Muck event in Warwickshire, England last week, as can be seen below. 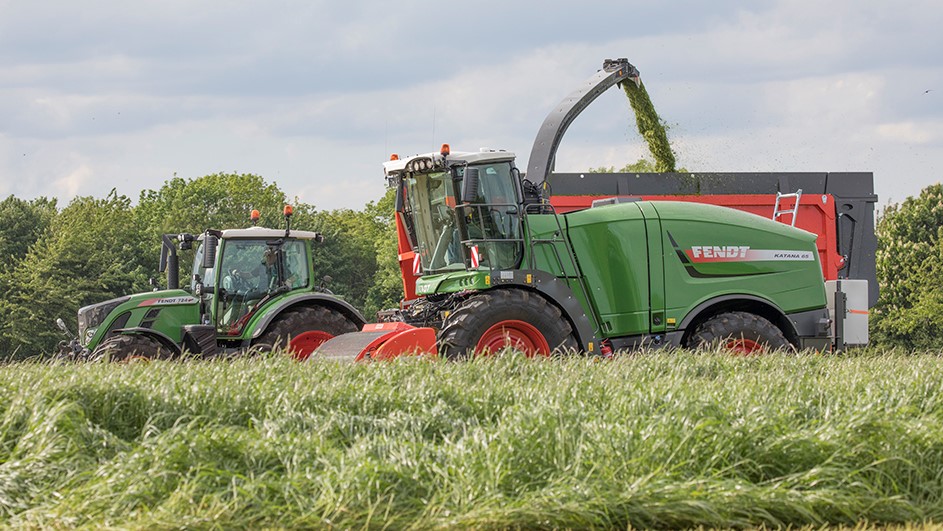 Video: 'Black beauty' Fendt fleet is a familiar sight in the north-west