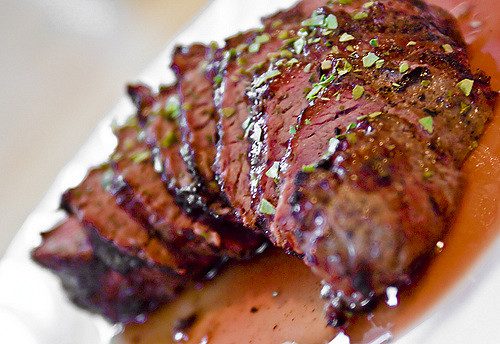 Some of Ireland’s top food and drink firms will get a “major” opportunity to market their produce to 250 buyers, both national and international, at Bord Bia’s Bloom festival this morning (June 2), according to Bord Bia.

More than 100 Irish producers will be introduced to buyers from retailers, independent stores and food-service companies based in Ireland and the UK at a meet-and-greet trade event organised and facilitated by Bord Bia. These buyers have combined buying capabilities of over €10 billion and include some of the most successful and prestigious players in the sector from both sides of the Irish Sea.

The ‘breakfast briefing and product showcase’ is seen as “an ideal networking opportunity” for the food and drink companies present, all of whom will have their products on display throughout the five days of Bloom, which only kicked off yesterday.

Tara McCarthy, Chief Executive of Bord Bia, commented on the event, saying: “Bloom not only offers an opportunity to showcase the best of Ireland’s horticultural and food industry to the Irish public, but it has also become an established hub for trade.

“While visitors to Bloom spend in excess of €7m at the event and our records show that up to €30m is spent directly with exhibitors after the show, our annual trade breakfast has become an important commercial date in the Irish food and drink calendar.

Irish producers large and small get the potential to secure significant new contracts with some of the UK and Ireland’s leading companies.

For visiting retailers and food-service buyers, it provides a unique platform to engage directly with suppliers and identify new trends, new products and opportunities to bring to market.

Out of the 110 food and drink companies on display at Bloom 2017, there are 33 exhibitors who are new to the Bloom ‘Food Village’. In addition, the festival is seen by many as an ideal platform for new products.

Several new products are being introduced at this year’s event, which include a new low-fat, gluten-free beef burger from The Farmer’s Daughter in Meath called the ‘Skinny Cow’; a raw fruit and nut bar from Karma in Mayo called ‘Karma Free’; a new Irish chicken and turkey product from O’Brien Fine Foods called ‘Homebird’; a new-to-market selection of tea plants from the Dublin-based company Mr. Middleton; and newly-launched home-bake bread kits from McCambridge’s Bread.

Bord Bia’s Consumer Insight Centre – ‘The Thinking House’ – is at Bloom and will serve as a hub for business development and networking for exhibitors and potential buyers over the course of the festival.

Bloom is on this weekend from June 1 to June 5 (Monday) in the Phoenix Park, Dublin. For anyone interested, more information is available on the Bloom website, or from the Bloom Twitter and Facebook pages. 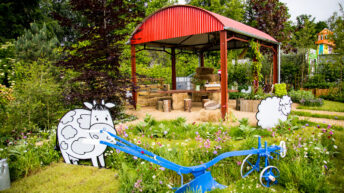 Start June in full ‘Bloom’ with a hint of farming