Figures from the annual Bord Bia Export Performance and Prospects Report 2020/2021 indicate that exports of Irish food, drink and horticulture produce were held to a unexpectedly small decrease of 2% in 2020, valued at a total of some €13 billion.

According to Bord Bia, this figure indicates that the ‘diversification dividend’ from opening and expanding access to new markets “is evident”. Ireland now exports agri-food and horticultural food produce to 180 countries.

The food marketing authority said that increases have been recorded in the value of Irish dairy, pigmeat and sheepmeat exports, along with very significant increases in the value of exports to Africa and the Middle East as new international markets “come to the fore”.

In the same period, value of exports to the UK grew by only 10%.

The dairy sector continued an upwards trajectory, delivering a 3% uplift in the value of exports to €5.2 billion; the second year that dairy exports exceeded the €5 billion mark.

Dairy is the most geographically diversified category of all the major Irish food and drink exports. 49% of all dairy exports were destined for markets outside the UK or the EU27. Exports to these markets was the key growth driver in 2020.

For cheese, exports to Asia, north Africa and the EU27 accounted for the largest portions of growth, underlining, Bord Bia said, the success exporters have had in diversifying markets for Irish cheese beyond the UK cheddar market.

Skimmed milk powder prices and demand were strong globally throughout 2020, delivering value growth on the same export volume as 2019, while specialised nutritional powders also had a positive year.

The Bord Bia figures indicate that the meat and livestock sector delivered a “resilient” performance in 2020, with a 2% increase in total value to €3.4 billion.

Bord Bia noted that it was a “significantly challenging year for beef exports”, but that this was offset by strong growth in the value of pigmeat and sheepmeat exports, while the live export sector also experienced a return to growth in 2020.

Advertisement
The value of primary beef exports saw a 2% decline to €1.9 billion in 2020. Bord Bia attributed this to pandemic-related disruption in the main destination markets for beef, along with the closure of access to China for much of the year.

Sheepmeat export value increased 12% to €356 million in 2020, due to tighter supplies of sheepmeat globally and less sheepmeat moving from the UK to the EU27.

Poultry exports declined by 2% in value in 2020 to €152 million, having been notably affected by the pandemic.

The key points for other agri-food sectors are summarised as follows:

In terms of future prospects, Bord Bia chief executive Tara McCarthy said: “For Irish food and drink producers, the global supply demand dynamic for their produce remains positive in 2021 despite global challenges and continued uncertainty as we navigate Brexit and our fragile exit from the pandemic.

“As we start 2021, exporters are reporting solid order volumes which is a direct result of the strength of trading relationships nurtured over many years,” she added.

That said, the extra costs and complexities of trade with our largest destination market, as new customs procedures interrupt the smooth flow of produce, will cause significant challenges and should not be underestimated.

“With a return to global economic growth forecast for 2021, we anticipate continued strong global demand for Irish dairy. We expect the global meat supply balance to favour producers, particularly in Asia which has been at the centre of much Irish export growth,” McCarthy noted.

“All around the world consumers and customers are increasingly demanding credentials around sustainability that Ireland is well-placed to meet as we seek to differentiate ourselves from competitor exporting nations,” she added. 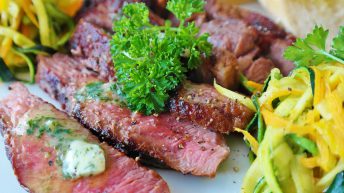