A student farmer from Co. Clare was awarded her correct grant rate, with an additional payment of almost €2,900, after being wrongly denied an education grant, according to the Ombudsman’s Annual Report for 2019.

The report, which was published today, Wednesday, May 20, details a number of case studies – including the agricultural-related case study below.

A student farmer from Clare contacted the Ombudsman after Student Universal Support Ireland (SUSI) refused her application for an education grant at the ‘special rate’. The ‘special rate’ is a higher grant aimed at people on low incomes.

The student had discovered that SUSI had double-counted some of her income which brought her above the threshold for the ‘special rate’ grant.

She had applied to SUSI for a grant for the academic year 2018/19 and was awarded a grant. However, she was not awarded the higher ‘special rate’.

The farmer appealed the decision to SUSI and she was awarded the ‘special rate’ for the academic year 2018/19. She discovered that this error had occurred in two other years.

She appealed these earlier decisions – however, her appeal was turned down as she was outside the time limit for making an appeal.

The time limit for making an appeal to SUSI is 30 days. However, the error came to light only during the student’s 2018/19 application and therefore she had no reason to appeal the decision at the time.

Following discussions with the Ombudsman, SUSI reviewed the award of the farmer’s previous grants. The student farmer was awarded the ‘special rate’ of grant for 2016/17 receiving an additional payment of €2,890. 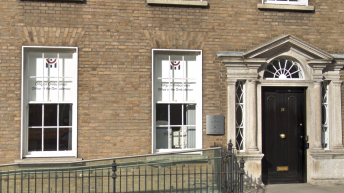