The delays in progressing felling licences puts Irish companies and forestry owners at risk of losing valuable contracts, according to one TD.

Independent deputy Michael Fitzmaurice said that the delays were down to “crippling indecision” within the forestry service (under the Department of Agriculture, Food and the Marine), as well as a “significant number of objections to proposed plantations”.

“I have been contacted by a number of forest owners who applied for felling licences, but who have been left frustrated by the level of indecision and lack of progress made on their applications,” Fitzmaurice said.

These applications have been submitted over a year ago. But applicants are being told that their submissions are being held up due to a backlog in the workload for ecologists.

“Having spent the past three months liaising with the Forest Service on these particular applications, [the applications] have not progressed from the ecologists’ desks,” the Roscommon-Galway TD said.

He also stressed that these are not isolated cases.

“It appears as if the forestry sector is being suffocated by crippling indecision, as well as dealing with significant numbers of objections to proposed plantations,” Fitzmaurice noted.

The sad reality of the matter is that if felling licences continue to be held up as they are at the moment, then companies and forest owners will lose out on valuable contracts. This could also have a very negative impact on jobs.

He highlighted that operations within the Forestry Service need to be reviewed to see if the process can be streamlined and resources improved or increased.

“The Government’s Climate Action Plan noted a target of 8,000ha of new forestry to be planted annually. But that target will remain a dream if the required changes aren’t made,” Fitzmaurice concluded. 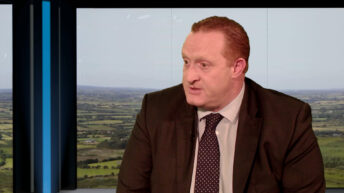