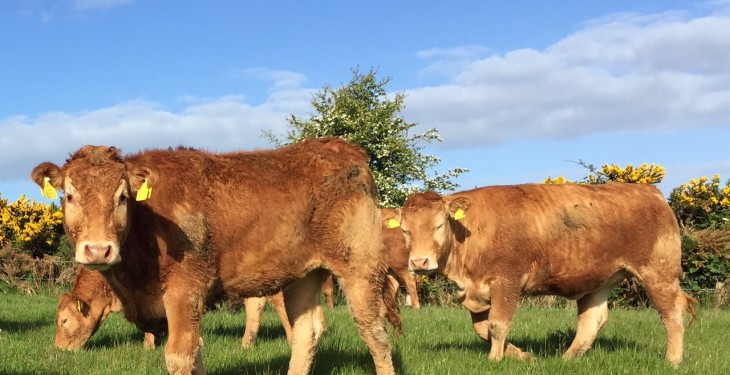 There has been a strong increase in base quotes for cattle across the major plants in Northern Ireland this week, with quotes for early next week expected to be in the region of 324-330p/kg, according to the LMC.

This is an increase from the 310-316p/kg being quoted for in spec U-3 grade prime cattle early last week, it says.

The LMC says that reports from industry however have indicated that higher prices are available than quotes would suggest so producers. It is encouraging producers to negotiate with processors to ensure they get the best possible deal before presenting cattle for slaughter.

The LMC says throughputs of prime beef cattle have tightened in recent weeks and this will have been a key driver behind the increase in base quotes.

With shed-finished cattle coming to an end and grass fed cattle not yet appearing for slaughter in any significant numbers the processors have reported a tightening in availability with last week’s prime cattle throughput totalling 4,970 head, it says.

This was the lowest weekly throughput for the year to date, the LMC says.

Prime cattle throughput in Northern Ireland is following a similar trend to last summer except the decline this year is a few weeks ahead of the corresponding period in 2014.

According to the LMC, with the improved weather in recent weeks silage cutting is in full swing across Northern Ireland and producers are prioritising fieldwork over marketing cattle.

This will also have impacted cattle availability for slaughter, it says.

The LMC also says similar trends in terms of cattle supplies are being reported in both the Republic and Britain which will also have been a factor in the recent improvement in the deadweight cattle trade in Northern Ireland.