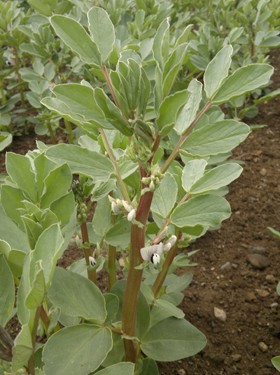 Irish tillage farmers are being advised that there is still time to sow spring beans due to favourable weather conditions.

“Beans are the ideal break crop for farmers supplying the Gluten free oat market, as they have a direct impact on improving yield and facilitate less contamination in the following oat crop.”

He also said that bean growers can also avail of the €250/ha coupled protein aid payment introduced for 2015.

Beans favour medium to heavy soil types attributed to their requirement for moisture, however according to Michael Hennessey, Teagasc Crops Specialist, it must be noted that bean crops sown after mid-March will push harvest date out and the option must be considered against other potential crops.

As with all legumes, beans require no artificial Nitrogen and will leave good Nitrogen reserves in the soil for subsequent crops. Scott Lovell of Dairygold stated ‘2014 was an excellent year for protein crops and bean crops sown in late March achieved very good yields’.

A number of agri-merchants are still looking to fill bean contracts with potential bean growers in their area and potential growers are being encouraged to contact their local ISTA merchant.