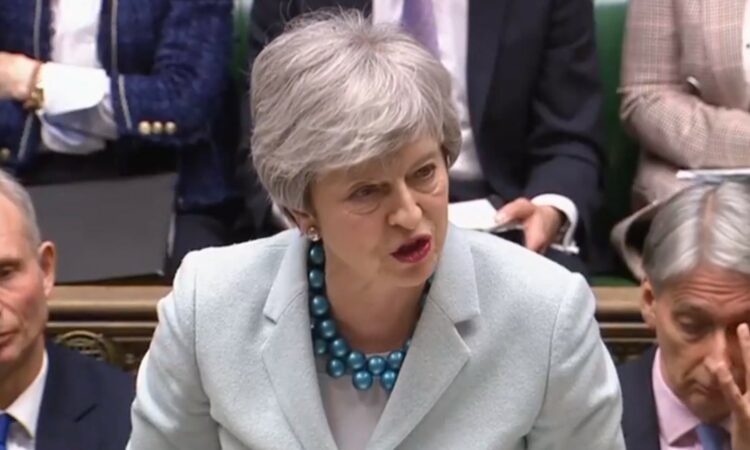 There is “still not sufficient support” within the House of Commons to try to push through the withdrawal agreement for a third time, UK Prime Minister Theresa May has said.

Speaking in the House of Commons earlier today (Monday, March 25), the prime minister outlined that she is continuing to hold discussions to gain enough support to “guarantee Brexit”.

“I continue to believe that the right path forward is for the UK to leave the EU as soon as possible with a deal, now on May 22.

But, it is with great regret that I have had to conclude that as things stand, there is still not sufficient support within the house to bring back the deal for a third meaningful vote.

“I continue to have discussions with colleagues across the house to build support so that we can bring the vote forward this week and guarantee Brexit.

“If we cannot, the government made a commitment that we would work across the house to find a majority on a way forward.”

Continuing, May said: “The default outcome continues to be to leave with no-deal but this house has previously expressed its opposition to this path and may very well do so again this week. The alternative is to pursue a different form of Brexit or a second referendum.

“But the bottom line remains, if the house does not approve the withdrawal agreement this week, and does not countenance leaving without a deal, we will have to seek a longer extension.

“This would entail the UK having to hold European elections and it will mean we would not have been able to guarantee Brexit.

May once again urged MPs to back her deal, adding that if successful, the UK could be out of the EU in two months.

“There would be no further extensions, no threat to Brexit and no risk of a no-deal. That I believe is the way to deliver the Brexit the people voted for.”