Meath-based Spillane Sprayer Testing has taken on the agency for Soucy Track.

Soucy Track, part of the larger Soucy Group, is a Canadian company that specialises in ‘retro-fit’ track-drive systems for all sorts of vehicles, including agricultural tractors.

Spillane Sprayer Testing, which is based near Navan, is run by Gordon Spillane. He has extensive experience in the world of agricultural engineering, having previously worked designing tractors for JCB in the UK.

Broadly similar to Case IH’s Quadtrac concept, when fitted to a tractor the Soucy Track system simply replaces each wheel with a rubber-track drive unit. Because each of the four track units can pivot about the axe on which it is mounted, this allows the full length of the track unit’s footprint to stay in contact with the ground, when tackling undulating conditions – within reason, of course.

Soucy claims that there is more than three times as much rubber in contact with the ground than with a tyre, when its four-track system is fitted. Ground pressure reduces in proportion, according to the firm, with PSI figures dropping to “a third of what would be the case” with ‘conventional’ tyres.

Unlike a twin-track machine, such as an AGCO Challenger, Soucy’s four-track system doesn’t tear up the ground as much when turning at field headlands. It is more aggressive in these manoeuvres, however, than a ‘conventional’ wheeled tractor.

In normal conditions, tracks are claimed to suffer less slip and, as a result, use less fuel. How much less depends on the specific application. Just as importantly, they are also claimed to reduce compaction.

In wetter, more challenging conditions, Soucy claims that its track system will exhibit better all-round flotation, meaning that it’s less likely that a tractor or combine will get bogged down or stuck.

However, because the effective ‘drive wheel’ circumference is reduced, when a Soucy Track system has replaced wheels, the vehicle’s maximum available travel speed drops. In the case of a tractor, this drop might typically be from, say, 40kph back to below 30kph. According to Soucy, the tractor’s steering ‘lock’ and turning radius should not be affected.

The impact on operator comfort is more complicated. In the field, each track unit’s longer footprint (compared with a tyre) should help to ‘smooth’ out the ride when crossing ruts and tramlines. However, out on the road, correctly-inflated tyres will likely offer a better ‘cushion’ against the crater-sized potholes that we occasionally encounter on Irish roads. 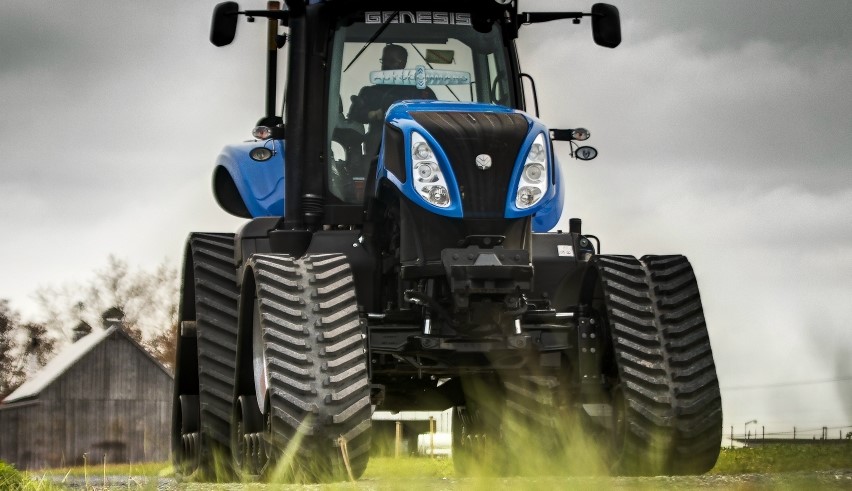 In any case, whether the benefits are sufficient to justify the cost of the system is ultimately up to each prospective end-user to decide.

There are Soucy Track systems in use around the globe, including the UK. They have been fitted to a variety of brands of tractor – and combines too. Smaller drive units are available for all-terrain utility vehicles.

Irish prices are not available just yet, though anecdotal reports from England suggest that up to £40,000 excluding VAT is required to convert a 200hp tractor over to the Soucy Track system.