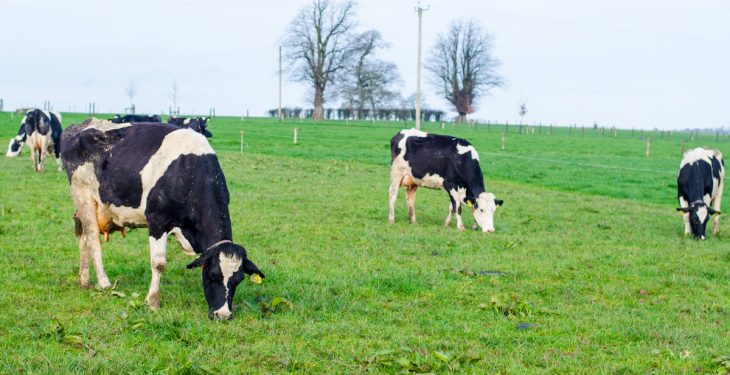 A team of researchers in Teagasc Moorepark are putting ABCD robotic grazing to the test for the first time under Irish grazing conditions.

The project, lead by Dr Bernadette O’Brien, began last autumn with the installation of a Lely milking robot which will milk 90 or more cows under a grass-based, spring-calving system this year.

Approximately 50 of the cows involved in the project have calved, are being milked through the robot and are being grazed under an ABCD or four-way grazing system.

What is ABCD grazing?

O’Brien explained that the system is being operated as a spring-calving, grass-based system, like the majority of conventional herds. The aim is to optimise the performance achieved through the system by increasing cow numbers.

In previous trials, the researchers at Moorepark looked at milking 80 cows under an ABC grazing system, but the current trial will look at milking closer to 90 cows.

This, she said, will result in reducing the “milking frequency” or the number of times that the cows are milked by the robot each day.

An ABCD or four way grazing-system, she said, is quite new for robotic grass-based milking systems and it involves dividing the farm into four sections and allocating fresh grass to the cows every six hours.

The project will also investigate the “box time” or the length of time each cow spends in the robot being milked.

“We are going to look at removing the cluster at higher milk flow rates.

“We don’t want to go too far in that direction because, if you remove the cluster too early from the cow there is too much milk left, it could have an negative impact on the milk quality or the udder health of the cow.

“The project is basically all about optimising all of the different scenarios,” she said.

Knowing where the cows are at all times

Another unique aspect of the trial planned for 2017 is knowing exactly where the cows will be at all times.

“We are installing a system at the moment which will allow us to locate all of the cows all of the time, basically in real time, over the 24 hours of the day.

“The system should help the cow flow, because if we are able to identify where the bottle-necks are in the system we can address them,” she said.

O’Brien also touched on another aspect of the project which will involve the collection of data from 29 commercial farmers with robotic milking systems already installed.

“The group of 29 commercial farmers will volunteer their information to us and we will be able to look at their data and identify areas where they can improve their performance and it will allow them to benchmark themselves against other farms,” she said.

Caroline O’Sullivan, a Research Technician with Teagasc, is in charge of the day-to-day running of the operation and discussed the herd performance so far.

O’Sullivan explained that 51 cows involved in the project have calved and the cows have been out at grass since February 23. 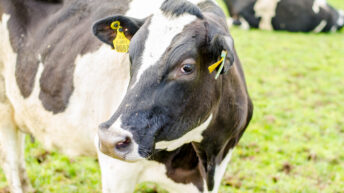 Video: Using on-off grazing to get cows out to grass 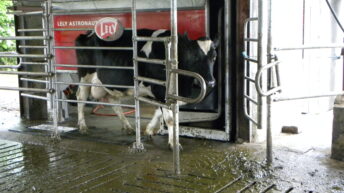 Pics and video: Using milking robots to bridge the gap between two farms