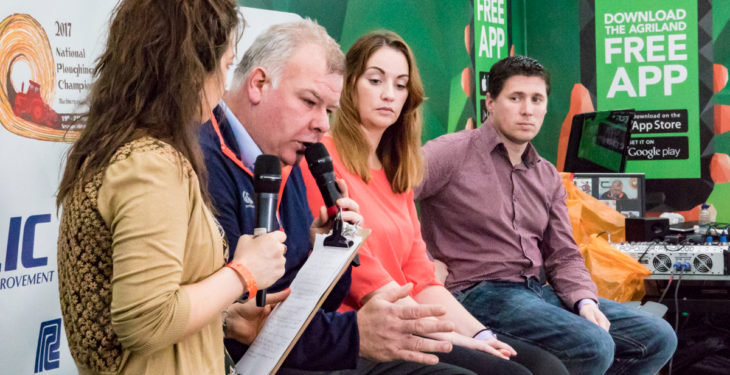 Today, it was confirmed that all family farm transactions are to be protected from the budget’s trebling of stamp duty on commercial, non-residential (including agricultural) land from 2% to 6%.

After discussions with the Minister for Agriculture, Michael Creed, the Minister for Finance, Paschal Donohoe, it was decided that the 67-year age limit for the consanguinity (inter-family) relief would be abolished.

The decision, set out in a Finance Bill memo, means that it will be possible for all gifts and sales of farmlands to closely-related family members – who do not qualify for the 100% exemption available under the Young Trained Farmer scheme – to benefit from consanguinity relief at a stamp duty rate of 1%.

The new measure alleviates fears that the sale or transfer of family farms, where the transferor is aged over 67 years, would be levied with the 6% rate.

It is understood the age limit will be revisited when the measure comes up for review towards the end of 2020.

Although farm bodies have broadly welcomed the decision to exempt family farm transactions from the 6% stamp duty rate, repeated calls are being made for further “extensive amendments” to the Finance Bill.

Speaking to AgriLand, Michael Fitzmaurice, said: “I welcome the removal of the age limit, but it’s only a fraction of the problem.

“Everything is being held up at the moment when you talk to the auctioneers. There are no transactions going through because they are waiting to see what is happening.

Everyone is trying to kick the ball down the road to see what will happen in the next few weeks and months, and it’s putting a serious hold up on a lot of land sales.

“Further extensive amendments will need to be made if the issue is to be sorted out properly to protect small family farms,” he said.

This would help family farms and the higher rates would also make sure the vultures and the hoarders would have to pay too. I think the future of small family farms are at great risk with proposals that exist at the moment after the budget.

“Small family farms need to be protected. Small farmers who might want to make a modest addition to their holding should be allowed to do so with reasonable stamp duty rates applied.

“If things are allowed to stay the way they are at the moment, it will be another nail into the coffin of rural Ireland and small family farms,” he said.

Fitzmaurice said he consulted with farmers, and farm organisations, on his amendments, which he will propose at the upcoming Dail debate on the Finance Bill.

“It’s having a hugely negative impact. There are a number of situations that we’re facing with families trying to transfer land, and buy parcels of land from other family members. All the confusion over where we stand on stamp duty is throwing everything up in the air.

Auctioneers throughout the country are reporting that the majority of sales currently agreed are now on hold – particularly the ones at the higher levels.

“The summer months are prime time for land sales, and while agreements are made early in July, August and September, those contracts are only being issued now.

“Those people are left in limbo now because they’ve signed, they are committed, they’ve paid 10% of the money for the sale and they are liable to pay the extra stamp duty from the night of the budget. They just might not have the finances to cover another 4% on top of the 2% they agreed to pay for the land.

They are going to get caught if there is no alteration. There is a huge possibility that the majority of those land sales are going to fall through.

“Removing the upper age limit is a drop in the ocean, it does not solve this issue. Hundreds of farmers are affected in every county and there is huge potential for land to fall in value unless serious action is take,” he concluded.