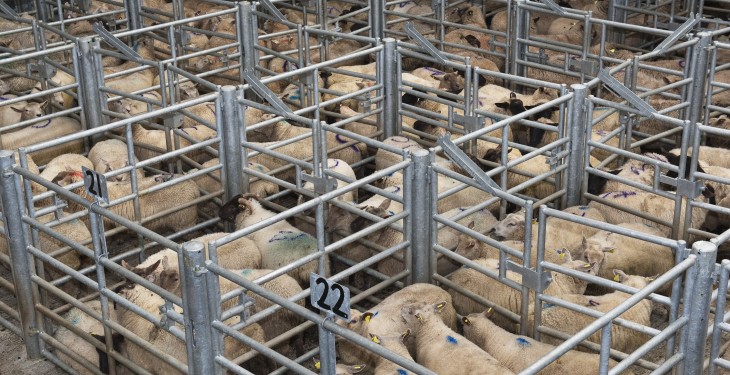 Ewe prices have also come under some pressure this week and the plants that have set prices are starting negotiations at 250-260c/kg.

Kildare Chilling leads the way and is offering farmers 490c/kg + 10c/kg QA for spring lambs. Kepak Athleague is starting negotiations with farmers at 485c/kg + 5c/kg QA and the two Irish Country Meats plants are offering a base quote of 470c/kg + 10c/kg QA.

There was a noticeable increase in the number of spring lambs slaughtered in Department of Agriculture approved sheepmeat export plants during the week ending August 20.

Some 49,411 spring lambs were slaughtered during the third week of August; that’s an increase of 7,532 head or 18% compared to week earlier levels.

Another big kill is expected this week as the Muslim festival of Eid-al-Ahda is set to take place on September 2.

According to Bord Bia, the British sheep trade eased last week on the back of a rise in weekly throughputs. The SQQ live price for lamb in England and Wales made the equivalent of 437c/kg (deadweight) last week.

In France, Bord Bia says, the trade remained quiet due to the transitional period between holiday season and the return to work and school.

There is also an abundance of supply at present and demand remains flat. However, it’s hoped that the trade will see some improvement before the Eid-al-Adha festival.

Some 950 sheep were on offer at Monday’s sale in Kilkenny Mart, Cillin Hill. George Candler, the mart’s auctioneer, said the lamb trade remained steady and a top price of €120/head was achieved for a pen of lambs weighing 58kg.

Candler added that ewes peaked at €110/head and breeding hoggets sold to a top call of €187/head.

Last Thursday’s sale in Carnew Mart, Co. Wicklow featured an entry of 4,150 sheep and, according to the mart’s David Quinn, there was good demand for all classes.

Quinn added that there was strong demand for ewe lambs and these lots traded at €82-122/head, while the hoggets on offer sold at €135-178 each.

There was a smaller number of sheep on offer at last Wednesday’s sale in Roscommon Mart and spring lamb prices were slightly easier.

Store lambs continued to remain in demand in the Roscommon venue and these lots traded at €1.99-2.38/kg. 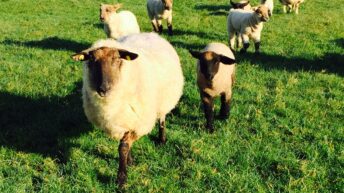