Spotted at Cereals 2019: Is it a tractor or a tool carrier?

Lite-Trac – the specialist engineering and manufacturing company – showed off the latest incarnation of its ‘multi-function’ tractor / carrier vehicle at last week’s ‘Cereals’ event in England.

The engine is coupled to an Allison automatic powershift transmission (with an auto-locking torque converter).

The LT350 is essentially a ‘tool carrier’ vehicle; it is designed as a power-unit for ‘de-mount’ sprayers, spreaders and even planters/seeders with big hoppers. 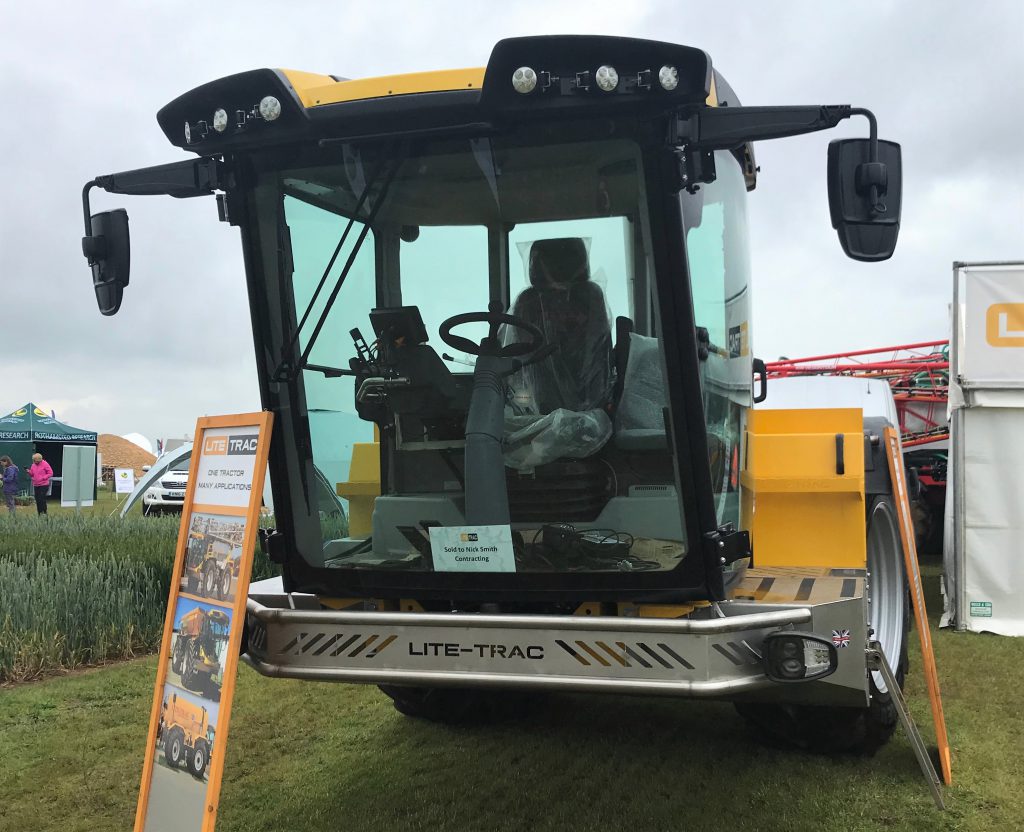 Top whack on the road is a relatively swift 65kph. Alternatively, to save fuel, it can cruise at 50kph at a leisurely 1,400rpm.

Four-wheel steering means that the machine is more manoeuvrable than it might first appear. Claimed turning radius is just 4.5m (depending on track-width). 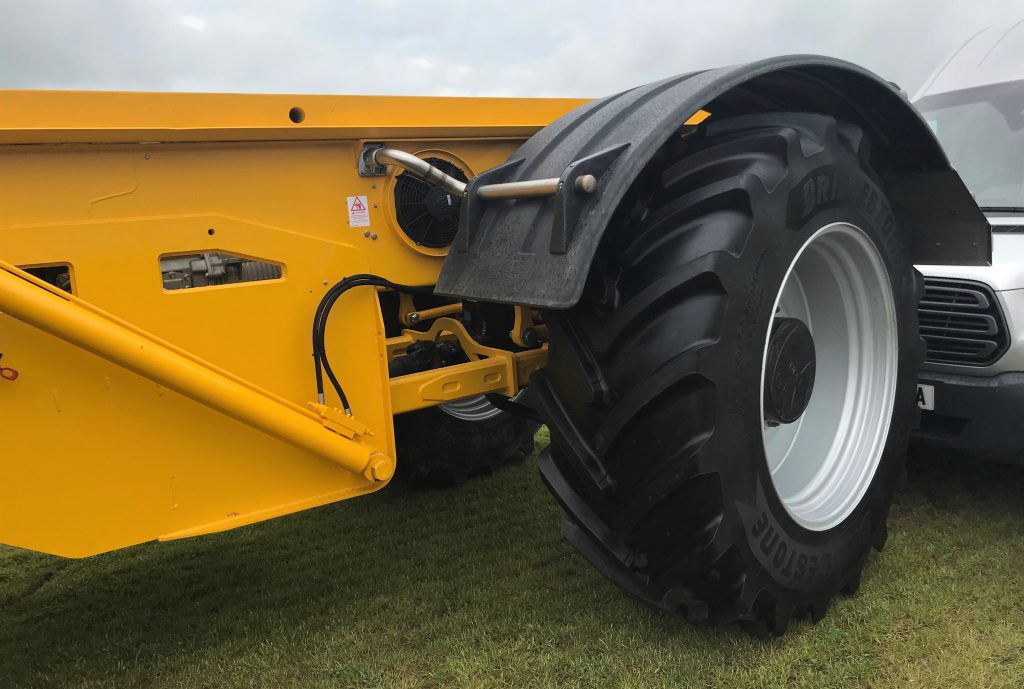 Various steering modes are available, including: all-wheel; rear wheels only; and crab-steer.

Both axles are attached to the main chassis via triple-link A-frames; there are four airbags and an equal number of shock absorbers on each axle. 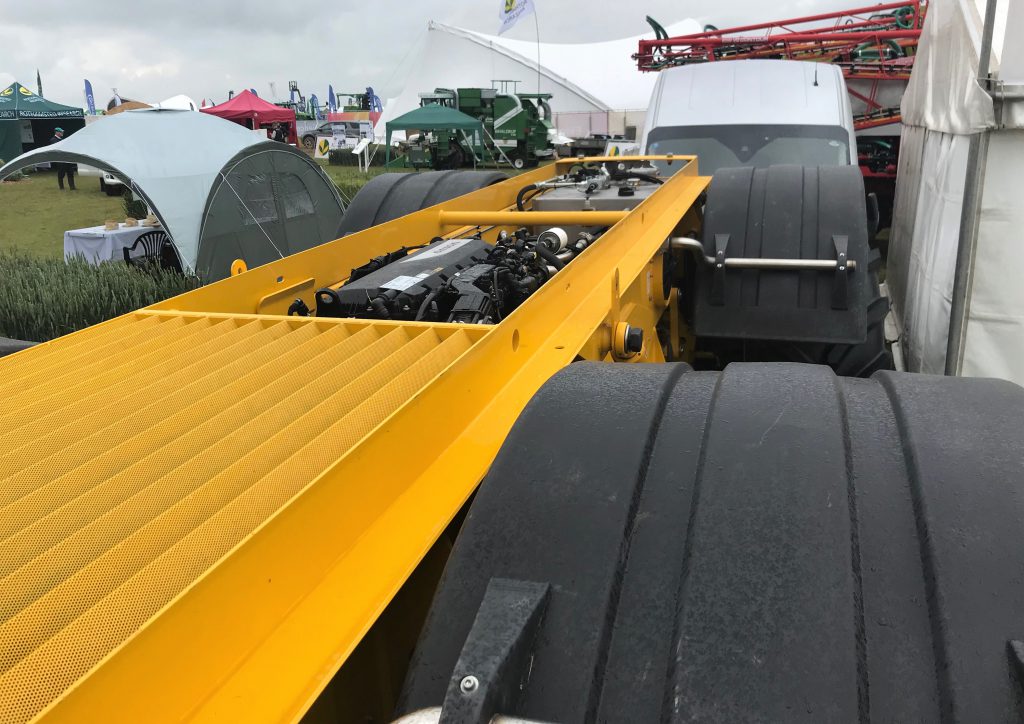 Suspension system pressure is adjustable (depending on the load being carried); vehicle ride height can also be altered.

Lite-Trac: Who or what Is It?

Lite-Trac, the manufacturer, is based in England – close to Peterborough. Its first prototype ‘tool carrier’ was built in 2004.

Following the success of the initial testing phase, the company was ‘incorporated’ four years later; it then set about developing and manufacturing the SS2400. 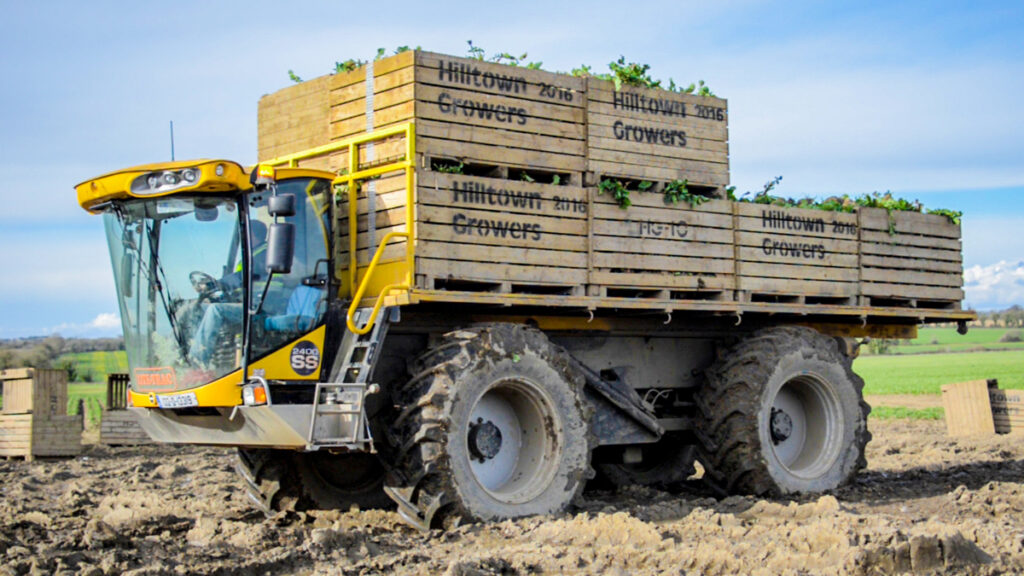 Since then, to exploit the full potential of the chassis, Lite-Trac has developed its own de-mountable crop sprayers, muck spreaders and slurry tankers. While many of the units go into farming applications, some go to local authorities and utility companies across the UK and overseas.

One is even kitted out with special bogies, for use on railways.

There is an SS2400 in Ireland too. It’s owned by Hilltown Growers in north Co. Dublin; it was purchased six years ago.

The SS2400’s driveline is based around a six-speed automatic powershift gearbox, with a locking torque converter. Top speed is 50kph. The machine features permanent 4WD; 100% diff locks are fitted to both axles.

Is this machine the ultimate 'systems tractor'?