Spaldings adds new rotary cutters to its range of equipment

The rotary cutters are designed to suit a number of applications from pasture topping to heavy scrub destruction.

These new additions will feature at the company’s stand at the LAMMA farm machinery show alongside new flail toppers sourced from Spanish manufacturer TMC Cancela.

The new rotary cutters include the DX-200, which is a single-rotor machine with a working width of 2m and requires up to 80 horsepower at the gearbox. 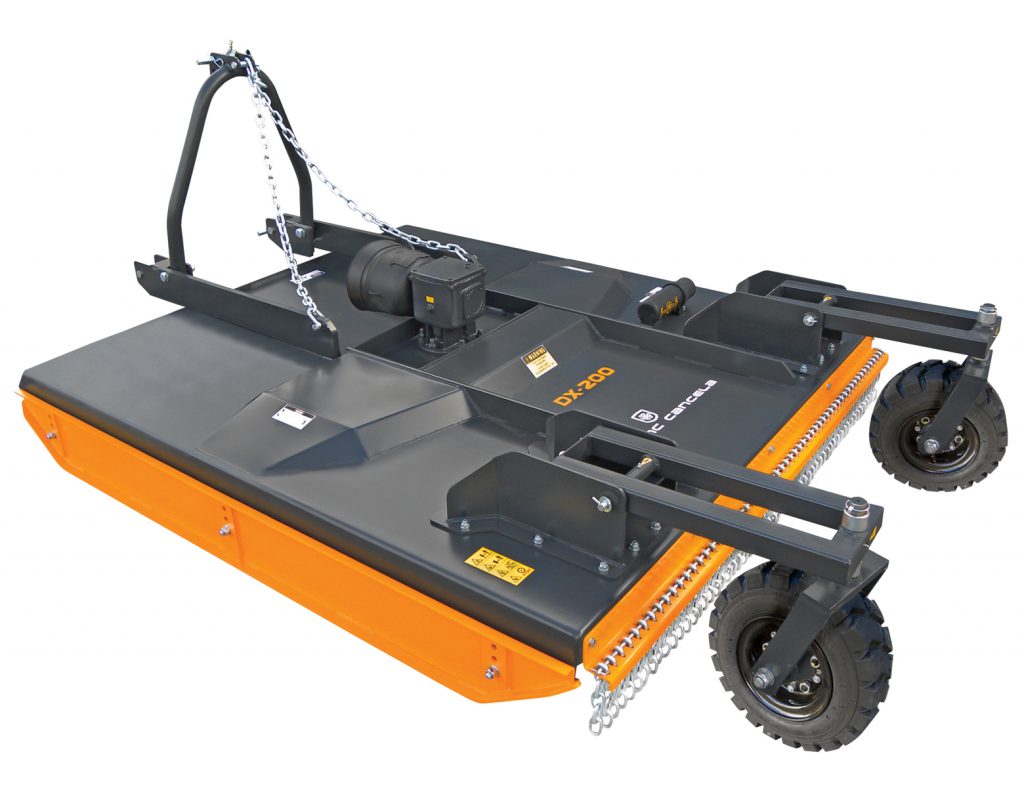 Meanwhile, the DXP3-360 is a triple rotor mower, which performs best with around 120 horsepower to cut to a width of 3.6m in a single blow.

In this larger model, two of the machine’s rotors are mounted on wing sections that fold up to reduce transport width to just 1.05m.

Similar to the Cancela flail mowers, the rotary cutters are built to a durable heavy-duty specification with triangular reinforcing of the decks for great strength, according to Alex Smith, Spaldings Product Development Co-ordinator.

Operators also have the option to adjust the height of the skids, while the soles are formed from water-resistant HDX steel, Smith said.

Together with a tough Comer gearbox, these toppers are clearly designed and constructed to do a good job but also to last the course, even when subjected to a demanding workload in tough conditions.

The single rotor machine has a pivoting headstock with restraining chains, while the wider folding model has a steel plate frame and headstock structure with tapered reinforcing spars extending across the wing sections.

A cable and pulley mechanism using a single vertical hydraulic cylinder is used to fold up the wings on the larger rotary cutter, while a positive latch on both sides holds the wings securely during transport.

On both rotary cutters there is a set of steel chains across the front and back of the deck designed to prevent stones being flicked out but without impeding progress through thick vegetation.

The rotors can be equipped with either slashing chains for dealing with scrub or two swinging blades shaped to create an airflow that lifts lighter vegetation for a neat, consistent cut length.

Spaldings offers a comprehensive range of agricultural and groundcare products direct to more than 30,000 farming and 4,000 groundcare customers in the UK and Ireland.

Check out the latest hay and forage equipment from Massey Ferguson