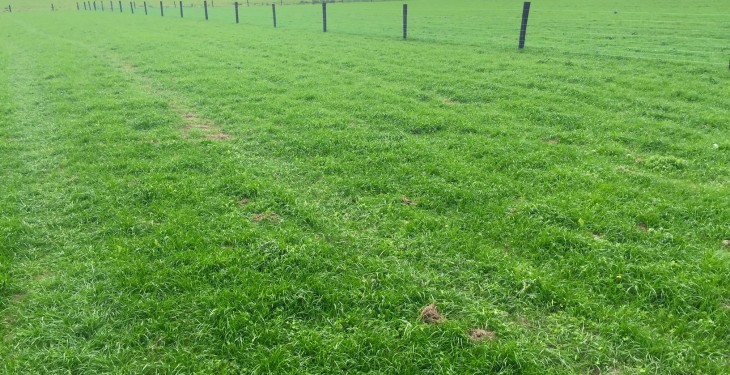 Average soil P, K and pH levels remain low and are holding back Irish farmers from meeting the full production potential of their land, according to Teagasc Soil Fertility Specialist David Wall.

Approximately 37,000t of chemical phosphate was spread on Irish farms last year and this figure is up from the 20,000t spread in 2009, the year when we hit rock bottom, he said.

“But we are still 50% below where we need to be when it comes to meeting the national phosphate requirement for agriculture across the board. The same principle holds where potash and lime are concerned.”

Wall is encouraging all Irish farmers to soil test their land over the coming weeks.

“The results of a soil test represent real power for farmers. Soil testing should not be seen as simply a way of complying with regulations. I would encourage farmers to act on the soil testing results they receive back.

“This will be a key driver of efficiency moving forward.”

Wall added that the new Nitrates Regulations reflect an opportunity for better use to be made of animal slurry.

“This is particularly the case where pig slurry and poultry are concerned.

“Since 2014 the EU regulations recognise that 50% of the P contained in animal slurries is plant available.

“In practical terms, this means that farms with Index 1 and Index 2 soils for Phosphate and Potash can significantly increase the volumes of slurry which they apply to land.

“Ireland has a slurry distribution challenge. At a national level we are deficient in both P and K. And these deficiencies will hamper the industry in meeting its Harvest 2020 production targets.”

Wall said that chemical N application rates in Ireland remains at 1990 levels.  Approximately 10% of all advisory soil samples analysed through Teagasc in 2015 had soil P and K levels in the optimum soil fertility range (pH >6.2 and soil P & K index 3 or 4).

This means that 90% of the soils analysed had sub-optimal levels of soil pH, P and K or a combination of all three.

Soil test results indicate that soil P and K levels continue to decline, with 61 and 55% of grassland soils index 1 and 2 for P and K, respectively. The comparable figures for 2016 will be available in the early new year.