Soil temperatures are currently ranging from 6.0 C in the North to 7.5 C in the South, according to Met Eireann.

It says that the current figures are a little above normal at this time of year, despite recent cold weather featuring many frosty nights.

On the back of this Met Eireann says grass growth is actually ahead of normal nearly nationwide, but particularly so in the north and west of Ireland. Click here to see latest grass growth rates

According to Teagasc a question is often asked of its advisors is: “How soon should I spread bagged nitrogen in the spring and be sure that I will get a good response from it?”

Teagasc says its research in recent years has shown that, until soil temperatures on a farm are consistently over 5ºC, there will be very little response to it.

Soil temperature figures are given in the farming press each week, but they only give an indication of what it will be. 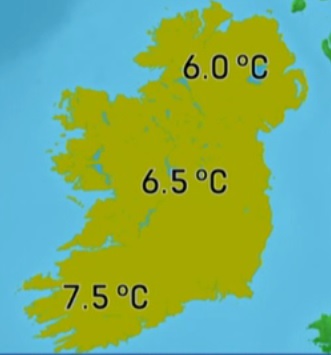 Invest in a thermometer

According to Teagasc, every grassland farmer should have a soil thermometer that they can check regularly to see their own farm’s figures.

It says they are very cheap (usually around €10) and can be bought in any garden centre.

Teagasc advises when the temperature is consistently above 5ºC and is rising, apply 23 units of N per acre to fields that have 5-8cm of grass, where the swards have a high level of perennial ryegrass, as these will respond the best.