You don’t need to read this article to know that the land is wet, but if you want to see just how wet it is the soil moisture deficit (SMD) figures are below.

Soils across the country are at field capacity, while a large proportion of soils are at and above saturation point.

The only soil type to remain below field capacity is in Belmullet, Co. Mayo, and it was a moderately-drained soil.

All SMD figures from Met Éireann can be seen in the maps below. The figures range from 1 to -20. 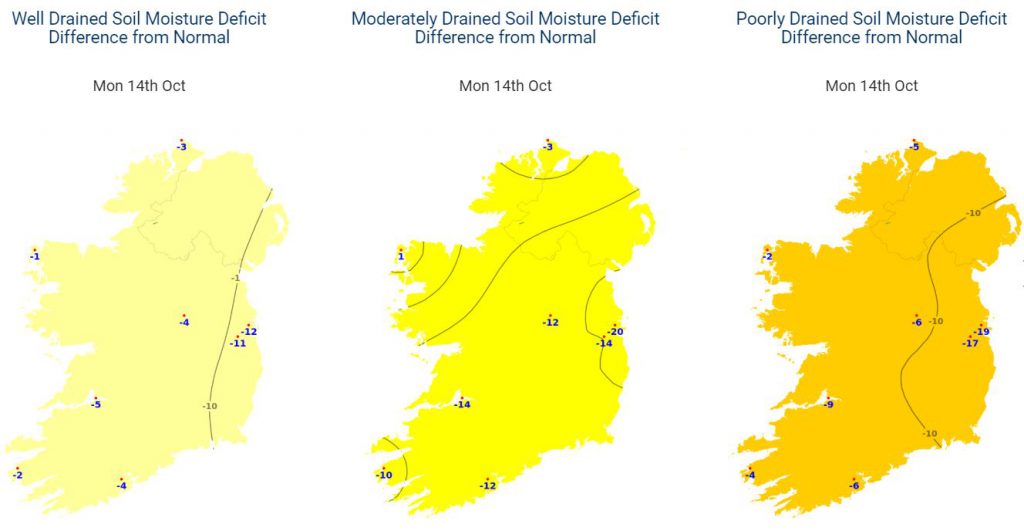