Soil is crucial to the survival of Dutch greenhouse grower Adri Jonkers. Together with his wife Mia and his son Jorrit, they live in the village Middlebeers in Southern Holland. AgriLand recently visited their farm on a study trip organised by the European Commission.

In the Netherlands there has been much debate as to whether greenhouse growers who grow their crops out of the soil in sub-straights should be allowed to apply for organic certification.

But Jonkers doesn’t agree. He said: “The key part of organic growing is that the plants are growing in the soil. Common growers use sub-straights and other material for their plants. But in organic the plants must be in the soil.”

For him the soil is the most important part of the farm.

“Goat manure from a local organic farm is used and is an excellent fertiliser. The plants left at the end of the season are not wasted either. They are composted and form the bases of the soil for the next year’s crop.”

The Jonkers started in 2000 growing organic tomatoes and red paprika in a greenhouse of one hectare. In 2001 they obtained the EKO Certificate for Organic farming.

In 2006 they started renovation work for their family farm. They built a new greenhouse of 2.4ha and they also rented a small farm in the area with 1.2 ha greenhouse and increased production to grow cucumbers also.

They start seeding/planting during the first week of January and harvest from March to November. Jonkers noted: “In terms of harvesting Cucumbers can be harvested six to seven weeks after planting. Tomatoes take 11-12 weeks and peppers take 13 to 14 weeks.”

“They sell their products to a cooperative of organic producers The Greenery- Nautrelle. During the harvest they work four days a week. The produce goes to the co-op the same day as they are picked.”

Some 50 per cent of their products are exported and 50 per cent are sold in the Netherlands. Jonkers also sells around 5 per cent of his products to local clients from a small shop and over the internet.

Jonkers cited: “During the low season they have five people working on the farm, but in the summer when they are busy harvesting there are 20 people working both part and full time. Half of them are Dutch and half are Polish.”

In terms of plant diseases, Jonkers highlighted that how they deal with this area is important for the farm. He outlined: “The plant is under threat from above and below the ground. They have to keep a very close watch on the plants. The staff is trained so that when they see something wrong they take action quickly.”

Jonkers highlighted: “Aphids are the biggest threat particularly to the peppers. The pests are targeted with specific natural enemies. Usually they are introduced as a preventative measure before there is a problem.”

“In a normal year the farm grows an equal amount of the three crops. However some crops can have a good years and some can have a bad years.”

He stressed: “The biggest challenge is that things can go wrong so easily. In conventional growing there is much more control. There should really be no big problems because they can spray. We can’t and that is the biggest challenge. Sometimes the season ends earlier than you expected.” 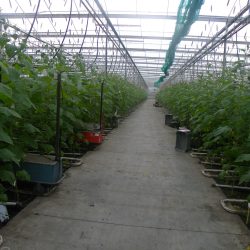 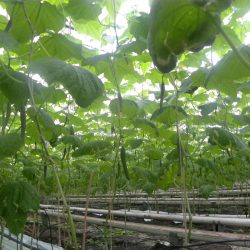 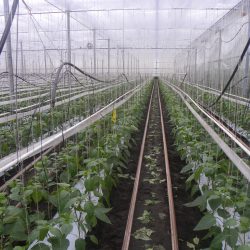 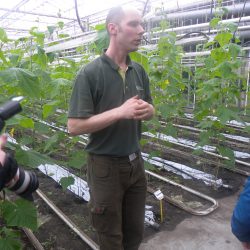 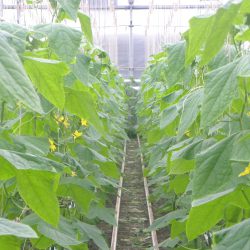 Wind farms contributed over €4m to Irish communities in 2021