The smart money is still on Kenny for Commission President 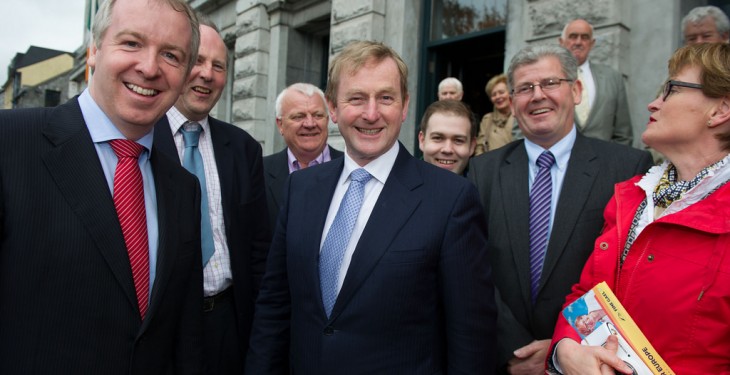 This morning has seen the rumour mill within the EU suggesting very short odds on Enda Kenny becoming the next President of the European Commission. A reliable source in Brussels has told Agriland that Ireland’s Taoiseach would be universally accepted, should he decide to let his name go forward for the position.

“His excellent relationship with Angela Merkel is very much in his favour,” the source said. “And, the fact that he has not officially declared an interest in the position, as yet, will also help his cause. Traditionally, front runners in the race tend to be beaten in the final run in by candidates who declare their hand late in the day.

“Enda Kenny is held in high esteem throughout Europe and would receive the backing of the key decision makers within the EU for the post of Commission President.”

The appointment of the new Commission supremo will take place in the late summer/early autumn period. This may well coincide with the much discussed government re-shuffle in Dublin. So it relay is a case of – ‘watch this space’.

Also doing the rounds in Brussels today, is speculation that Romania will nominate Dacian Ciolos for a second term as a European Commissioner. What’s more, Bucharest is making no secret of the fact that it wants Ciolos to have another five years at the helm of the agri sector. However, in the event of Ireland choosing Simon Coveney as its Commissioner next time around, the odds on the Cork man being offered the farming portfolio would drop to less than odds-on.

Other EU notables keen to get a seat around the Commission table in Brussels include Paulo de Castro, who has strong agricultural credentials. He is a former Chair of the European Parliament’s agriculture and rural development committee and has served as Farm Minister in his native Italy.

For its part, Spain may well push forward the nomination of Miguel Arias Cañete for the post of Commissioner. Prior to April of this year, he had served as Spain’s Minister for Agriculture for the previous three years. However, the belief is that Madrid would not be pushing the farming angle, should he be accepted for the position of Commissioner, its focus would be on trade.