‘Pick up in supply puts pressure on sheep trade’

The sheep trade eased further this week with a further recovery in supply and prices decreasing, according to Bord Bia’s latest market update. It also noted that across our key exports markets, trade remained similar to the previous week.

In terms of throughput, Department of Agriculture, Food and the Marine figures sow that supplies for the week ending May 3 stood at around 42,000 head which is around 3,400 head or 9% higher compared to the corresponding week in 2013. Cumulative supplies are back around 5% or 38,000 head on 2013 levels to around 772,400 head.

In Britain, Bord Bia reports the trade has followed the expected seasonal pattern and continued to ease however there are some indications that the trade is stabilising. The SQQ live price for lambs in England and Wales was making the equivalent of around €5.91/kg dw by mid-week.

Bord Bia found in France that the market returned to more normal levels following the recent bank holidays. Demand has been reported as low for this time of year and it is expected that there will be an increased availability of lamb on the market in the coming weeks. The Irish Grade 1 lamb price is making around €6.30/kg (inclusive of VAT). 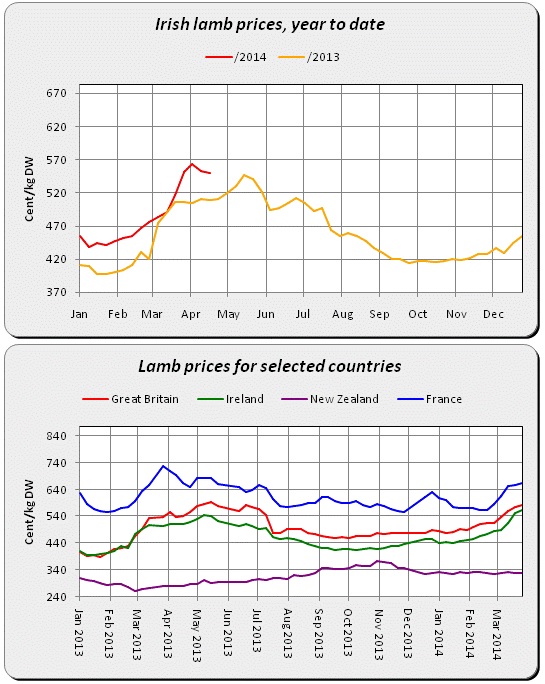