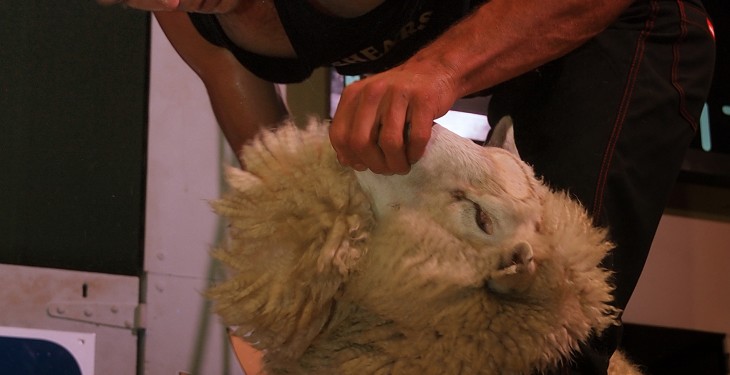 The buildup to the World shearing and woolhandling championships in Ireland later this month steps up a gear with the arrival of New Zealand team members defending their country’s reputation as the most successful nation in the history of the event.

Leading the charge will be 27-year-old Rowland Smith, a strong contender for the machine shearing individual title to be decided in a six-man final of 20 sheep each on the last day of the 16th Golden Shears World Championships, to be held at Gorey, Co Wexford, on May 22-25.

New Zealand’s 34 titles in the history of the championships, first held at the Royal Bath and West Show in England in 1977 and building on the success of the Golden Shears International Shearing Championships founded in Masterton, New Zealand, in 1961, include 10 of the 15 in the glamour event, the individual machine shearing championship.

Having earlier this year successfully defended the Masterton Golden Shears Open.title and the New Zealand Championships Open title in Te Kuiti, Smith kicks-off his World title preparation next Sunday at the Donard Shears, on a farm near Donard, Co. Wicklow.

Machine0-shearing teammate John Kirkpatrick, a 44-year-old who has two World teams titles to his name in a 20-year Open-class career which has produced four Masterton Golden Shears victories and more than 200 other wins, will arrive just too late for the Donard Shears, but the pair and blades shearing and woolhandling teammates will be at the Royal Ulster Show at Balmoral over the following week.

They will also compete at the Connacht Show next weekend, and the All Ireland Championships which will open the Golden Shears World Championships, the focus of a major sheep and wool festival starting on May 17, with organisers hoping up to 40,000 people will pass through the gates.

The New Zealand team also includes 22-year-old Joel Henare, who will defend the woolhandling title he won at the last World championships in Masterton in 2012, and 58-year-old Tony ‘Dinny’ Dobbs, making a comeback 22 years after winning the first World blades shearing title at the 1992 championships in England.

The other members are woolhandler Veronica (Ronnie) Goss, 44, and blades shearer Brian Thomson, a two-times World championships individual blades shearing finalist who was a late selection this year after the withdrawal of fellow Canterbury competitor Mike McConnell.

Organisers say 27 countries have entered the championships, bringing over 100 competitors to Gorey chasing the six titles to be decided, the individual and teams championships in each of the three shearing sports disciplines of machine shearing, blades shearing and woolhandling.