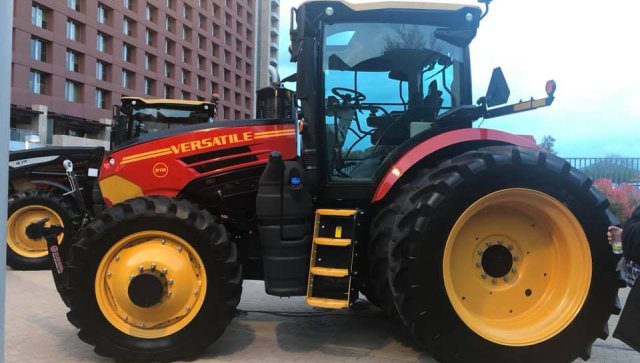 According to Czech outlet Agroportal24h, Canadian manufacturer Versatile may be in the process of unveiling a new line-up of tractors – namely the Nemesis range (one of which is believed to be pictured above).

Versatile is best known for its existing high-horsepower tractors. For example, its DeltaTrack (rubber-tracked, articulated) models have rated power outputs from 520hp to 605hp.

Its wheeled, articulated tractors – referred to as 4WD (four-wheel-drive) models – stretch from 375hp to 460hp.

It is believed, but not confirmed by official sources, that the new Nemesis line-up will include six models – apparently from 175hp to 210hp.

Existing (larger) Versatile tractors are powered by Cummins engines. It’s not yet known what engines Nemesis models will be fitted with. In fact, at this early stage, very few technical details are known. 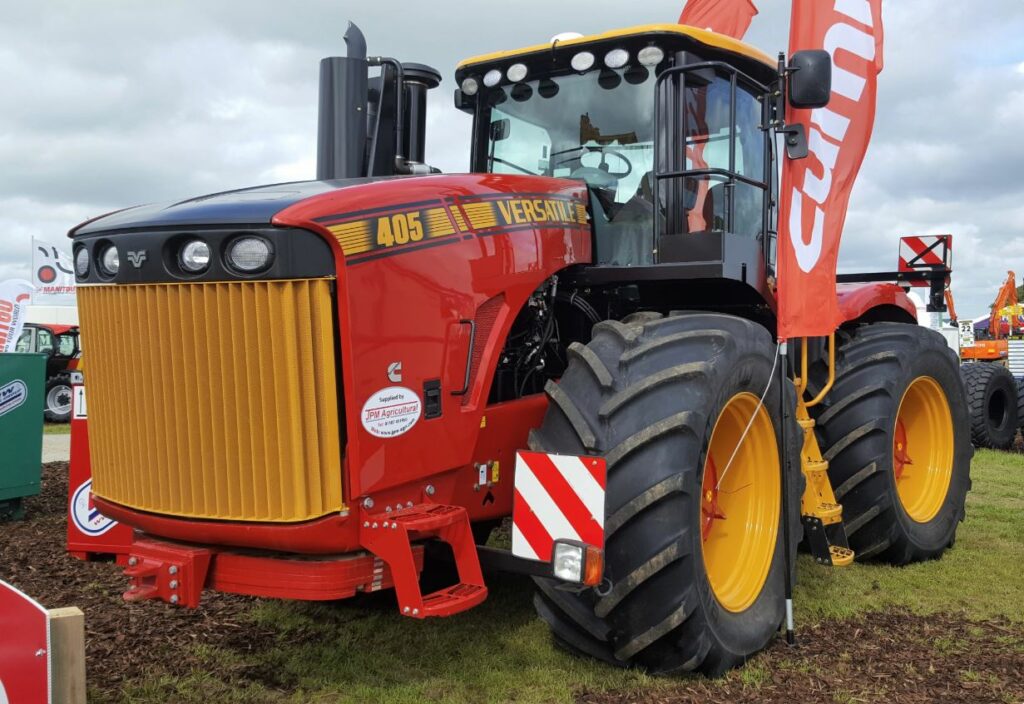 The tractor was shipped over to the event by JPM Agriculture – Versatile’s UK importer.

Interestingly, Versatile was bought out by Russian entity Rostselmash back in 2007. 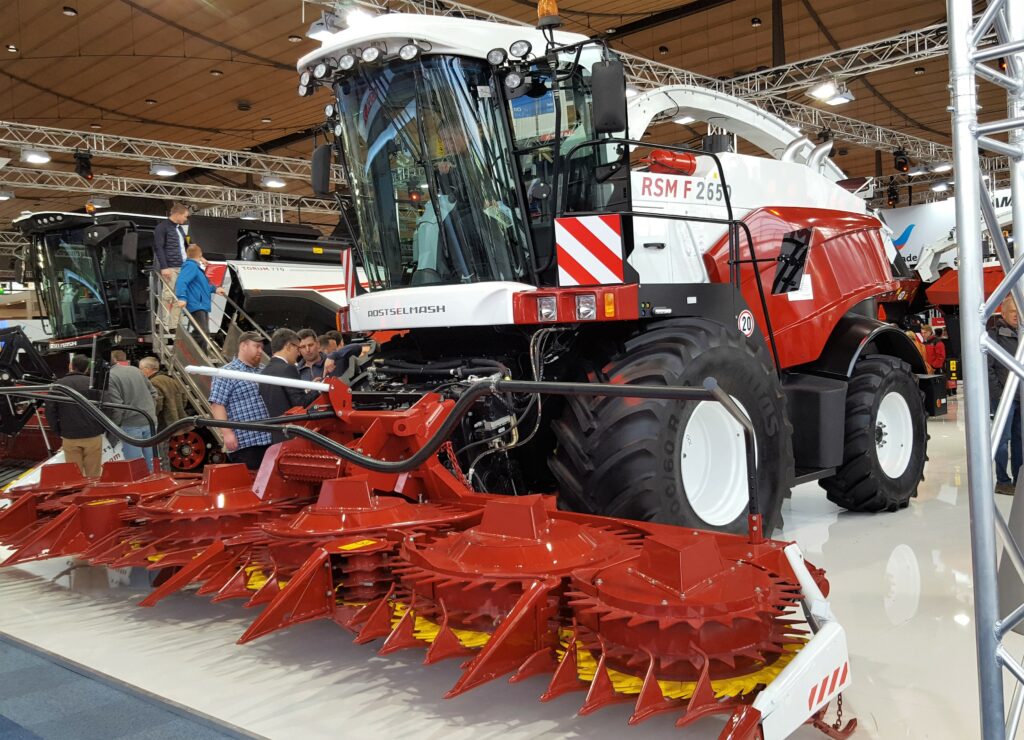 Rostselmash’s origins go back to the late 1920s; its first products were basic implements, including ploughs.

Rostselmash continues to grow – with its sights set on countries dotted all over the globe. Meanwhile, Versatile is still based in Winnipeg, Manitoba. Its factory covers almost 700,000ft². 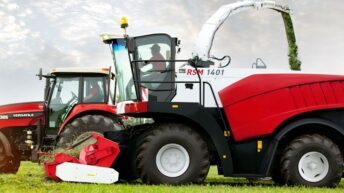