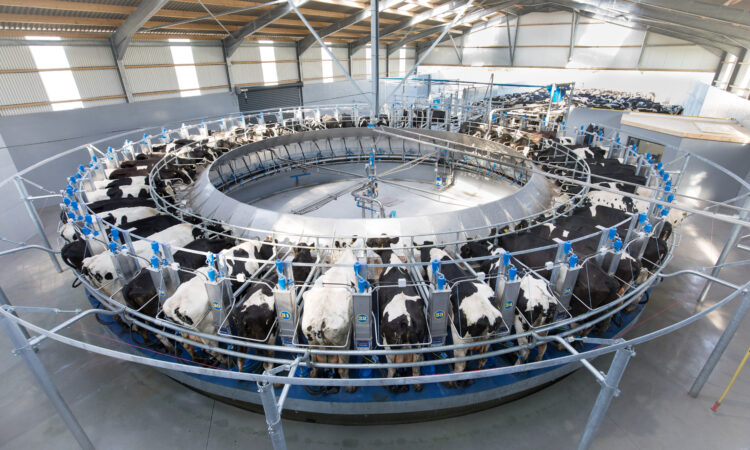 UK tariffs on dairy imports could result in a €400 million threat on Irish dairy exporters, if such tariffs are imposed after Brexit.

That’s according to Dairy Industry Ireland (DII), the representative body for dairy processors in Ireland, who has also argued that the UK government needs to “appreciate the severe economic, social and environmental damage Ireland will face if these tariffs are put in place”.

On Tuesday, British Secretary of State for Environment, Food and Rural Affairs, Michael Gove, announced that the UK would not have a ‘zero tariff’ situation post-Brexit – meaning that tariffs of some kind will be applied to Irish agri-food produce.

In a statement, DII highlighted that the milk intake from Northern Ireland to the Republic for manufacture stood at more than 804 million litres in 2018, quoting Central Statistics Office figures.

“With less than 900 hours remaining to the proposed Brexit day, it is vital a resolution is reached and a strong backstop protecting dairy trade and regulations on the island of Ireland is maintained,” said Conor Mulvihill, the director of DII.

According to the DII’s studies, the tariff threat stands at about €400 million on all dairy exports to the UK – and €155 million on cheddar alone.

“We are engaging closely with our colleagues in Food Drink Ireland, to push for a tariff stabilisation fund and state aid flexibilities to help agri-food exporters and farmers offset the impact of UK tariffs in the event of a no-deal Brexit,” continued Mulvihill.

He outlined that the DII’s Brexit research predicts both price rises and “severe” trade losses after a no-deal scenario.

“Even if the UK uses a Tariff Rate Quota system on products such as dairy to mitigate disruption, this will put the Irish dairy industry competing toe-to-toe with larger rival such as New Zealand and the US for dairy market share in the UK market,” he warned.