The Irish beef market is facing a challenging future due to sluggish markets and currency fluctuations, according to Dawn Meats’ Paul Nolan.

“We are working against a background of relatively sluggish-to-static sales volume increases in continental Europe.

“We have the changeover in the power of Sterling and the Dollar which will make other products compete more so with our own.

And of course there is the matter of 100,000 extra cattle coming into the system.

Nolan said that he is not overly concerned about the number of extra cattle, but rather the market suitability of these extra supplies.

He also said that the lack of progress being made in opening additional markets for Irish beef is holding the industry back.

But they will have to try a lot harder because every possible option needs to open for us in what will be a very difficult time as we work our way through the Brexit situation.

“The implications are huge to our most important market. It has traditionally been our nearest and dearest market,” he said

I think we would be a lot better off if the UK was working off European rules, all be it outside of it, than bilateral agreements that we have seen in the past in other parts of the world. 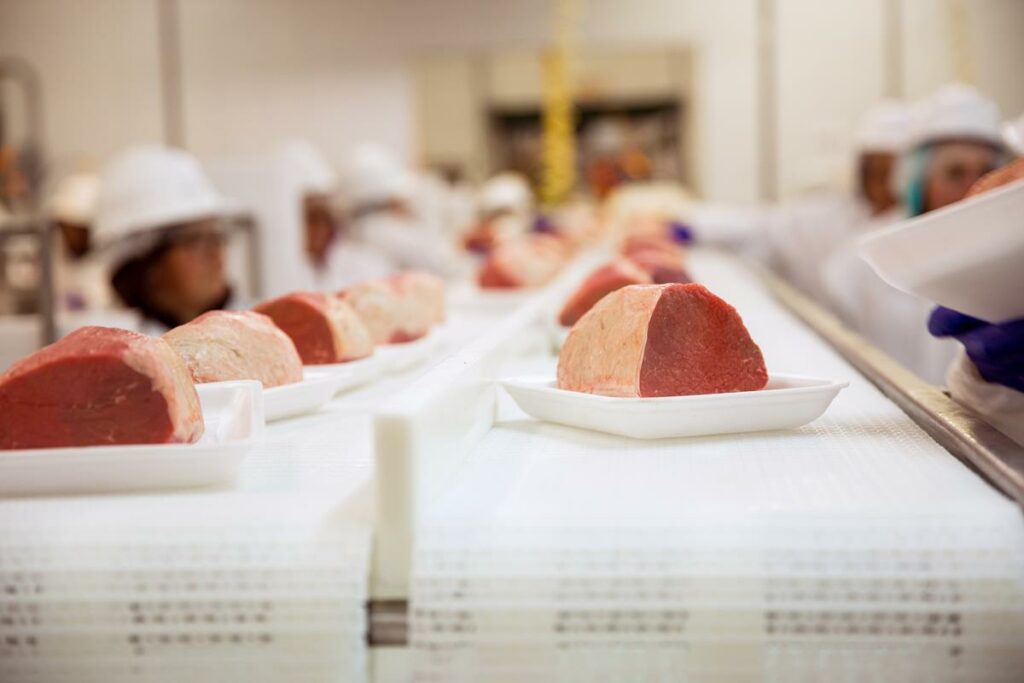 Performance so far this year

Nolan also said that the overall price and performance of Irish beef on the main markets has been quite good this year, but he said the trade on continental Europe has been mixed.

We have had a fairy mixed trade in continental Europe for most of the year, we have had a very variable summer by their standards.

“We had the Brexit situation and the small matter of about 30,000 extra cattle in the system and yet despite all of that, I think through building markets and the presence of Irish beef on the top shelves at a premium level, we managed to come out somewhere in excess of seven or eight percent of the European average.

“And when you think that we are an exporting nation going into a country which first and foremost will cherish its own product, I think it is quite an achievement so far,” he said.

Beef production must be sustainable for farmers

“From a farmers point of view you often hear the retailers talk about sustainability and from our point of view it is very important that the primary producer is sustainable in the long term.”

He said that farmers are required to carry a huge amount of risk and trust that factory prices will allow them to make a return.

“Trust is a scare word and it is hard earned and quickly lost.

The current situation is not acceptable, we know that from the difference between the UK market and where we are now.

“And I think it is very important that you go someway to rebuilding trust in the market place right now at the moment,” he said.

Former IFA President John Bryan also said that using Brexit as a justification for lower beef prices in Ireland has been ‘beaten to death.’

Bryan said that the UK will remain within the single market for at least another two years and there is a deficit of beef in the UK due to a collapsed suckler herd and contracting dairy herd.

“Everyone in the meat industry knows that they are going to be a huge market for Irish beef at the minimum for the next couple of years,” he said.

Also speaking at the event, Edmond Phelan, Chairman of the ICSA’s Beef Committee said that farmers have to compete with factory feedlot buyers at both ends of the production chain.

“We have to compete with feedlot buyers when we are buying store cattle and when were are selling these cattle for slaughter,” he said.

Phelan said that factories are using feedlot cattle produced on their own farms as a means of controlling cattle price.

“We have been calling for years that the use of feedlot cattle be curtailed,” he said.