Sinn Féin has published a bill that would see a ban on domestic disconnections of electricity and gas during the winter months.

Speaking today (Friday, October 30), the party spokesperson on climate action, communications networks and transport, Darren O’Rourke, said that while he welcomes the CRU’s (Commission for Regulation of Utilities) announcement earlier this week of a moratorium on disconnections until December 1, it “does not go far enough”.

“The financial hardship faced by thousands of people as a result of the pandemic and resulting restrictions will not end on December 1,” he said.

“This bill we published today gives the Minister for Environment, Climate and Communications Eamon Ryan the power to direct the CRU to introduce a winter disconnection ban, that would run over the winter months.

“Consumers are facing significantly higher energy bills this winter as a result of the price hikes from providers, the PSO [Public Service Obligation] levy increase and the 30% hike in the carbon tax.

This all comes at a time when we have hundreds of thousands of people unemployed due to the pandemic. Their financial pressures do not finish on December 1 when the current moratorium will lapse.

“We can’t have a situation where those facing financial difficulty have their gas or electricity cut off in the middle of winter for failure to meet their bills on time.”

The deputy feels that the threat of disconnections hanging over families is “incredibly stressful”. He says that the bill would give these households “breathing space” and allow them to come to a payment arrangement with their supplier.

“Other European countries such as the Netherlands, Finland and Belgium all have similar winter disconnection bans, and we believe this is a protection that should also be introduced here.”

“The survey aims to capture the human cost of these price hikes. I want to get a sense of how the price hikes are impacting people as they struggle to warm their homes.

“Increasing electricity prices are one of the main drivers of energy poverty, according to the Vincentian Partnership for Social Justice.

Energy poverty is usually defined as spending 10% of income on heating and electricity. However, the government does not consider this when means testing for the Fuel Allowance support.

“The cost of electricity is going up due to price hikes by suppliers and an increase in the PSO levy. We know this will lead to more energy poverty for ordinary workers and families across the state.

“We have known for a long time that the Fuel Allowance is not up to the challenge of tackling energy poverty because it leaves too many people out in the cold.

“The means test is strict and only certain welfare recipients qualify. We want to hear from those who are left out by this government: working families; renters; and others impacted by the rising cost of energy.” 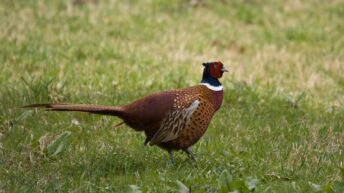 ‘Why take hunting, golf, even Mass when there is no Covid threat?’ – Aontú