To highlight the potential of the Aubrac cattle breed in Ireland, the Irish Aubrac Society held an open day in Co. Limerick on Sunday.

The open day, held on James Ryan’s farm in Doon, showed what the breed has to offer to dairy farmers looking for an easy calving beef breed.

Suckler farmers were also told about the merits of the breed, including easily finished off spring and calves suitable for the live-export market. 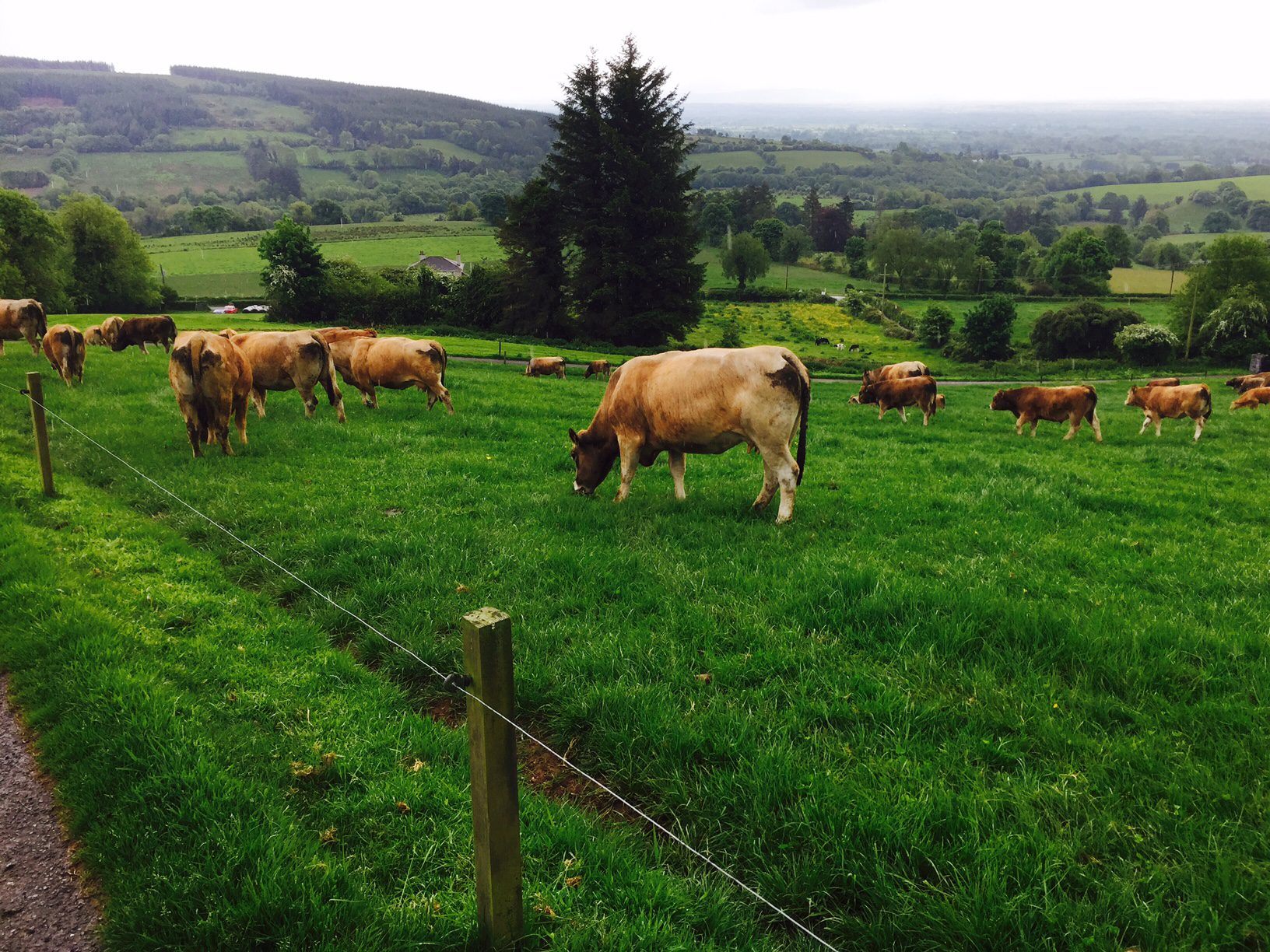 Speaking at the farm walk, James Donnellan, Chairman of the Society said that the breed is a good alternative to Hereford and Angus bulls.

He continued to say that calves out of Holstein Friesian cows will generally grade R at slaughter and there is also demand for the heifer calves as replacement stock in suckler herds.

Aubracs will out perform both Hereford and Angus calves from the dairy herd in terms of beef traits, he said, without compromising on calving ease.

“We would claim that Aubracs would do an even better job and are an ideal cross for dairy cows,” he said. 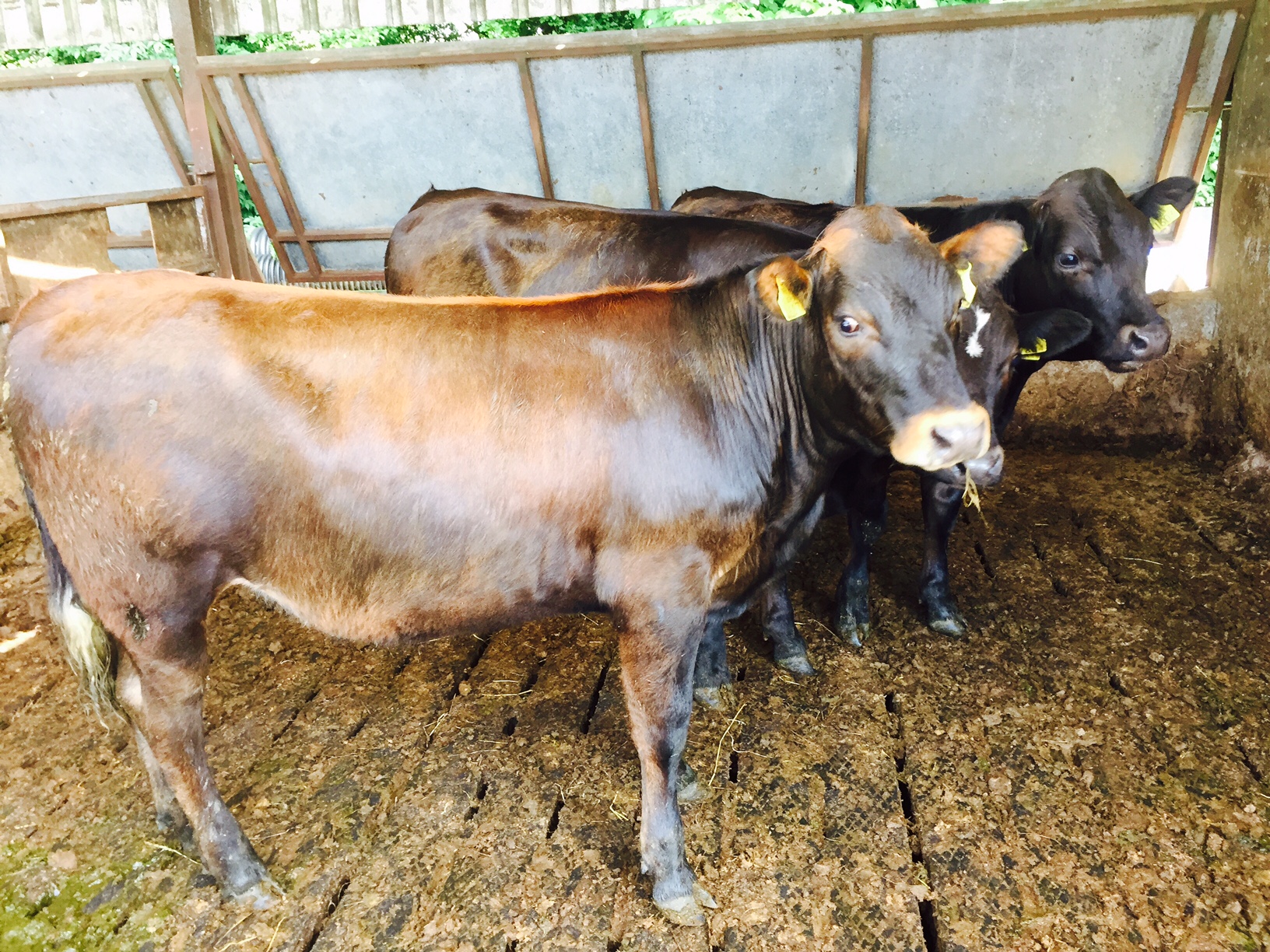 One of the major advantages of the breed was its calving ease, he said, as Aubrac bulls will produced small easily calved progeny, which weight 35-40kg at birth.

He also said that a shorter gestation is also a major advantage of the breed.

A dairy farmer and Aubrac breeder, PJ McGrath also spoke about his experiences of using Aubrac genetics on his 180 cow dairy herd.

Aubracs are used on his farm to clean up after AI and he said the breed has a lot to bring to the dairy industry.

All dairy farmers are looking for a calf to be born and a cow to milk afterwards.

McGrath said that calving ease along with easy finishing traits are major advantages of the breed which he has seen first hand through finish 60-70 Aubrac/Holstein Friesian each year.

The dairy farmer said that a lot of farmers are using Angus and Herefords on their later calving cows due to the premium paid on the finished animal.

However, speaking from his own experiences, McGrath said that the premium barely covers the loss in beef production from the O grade carcasses produced from these animals.

McGrath went on to say that calves also meet a good trade in the mart, selling from €300-350 each. 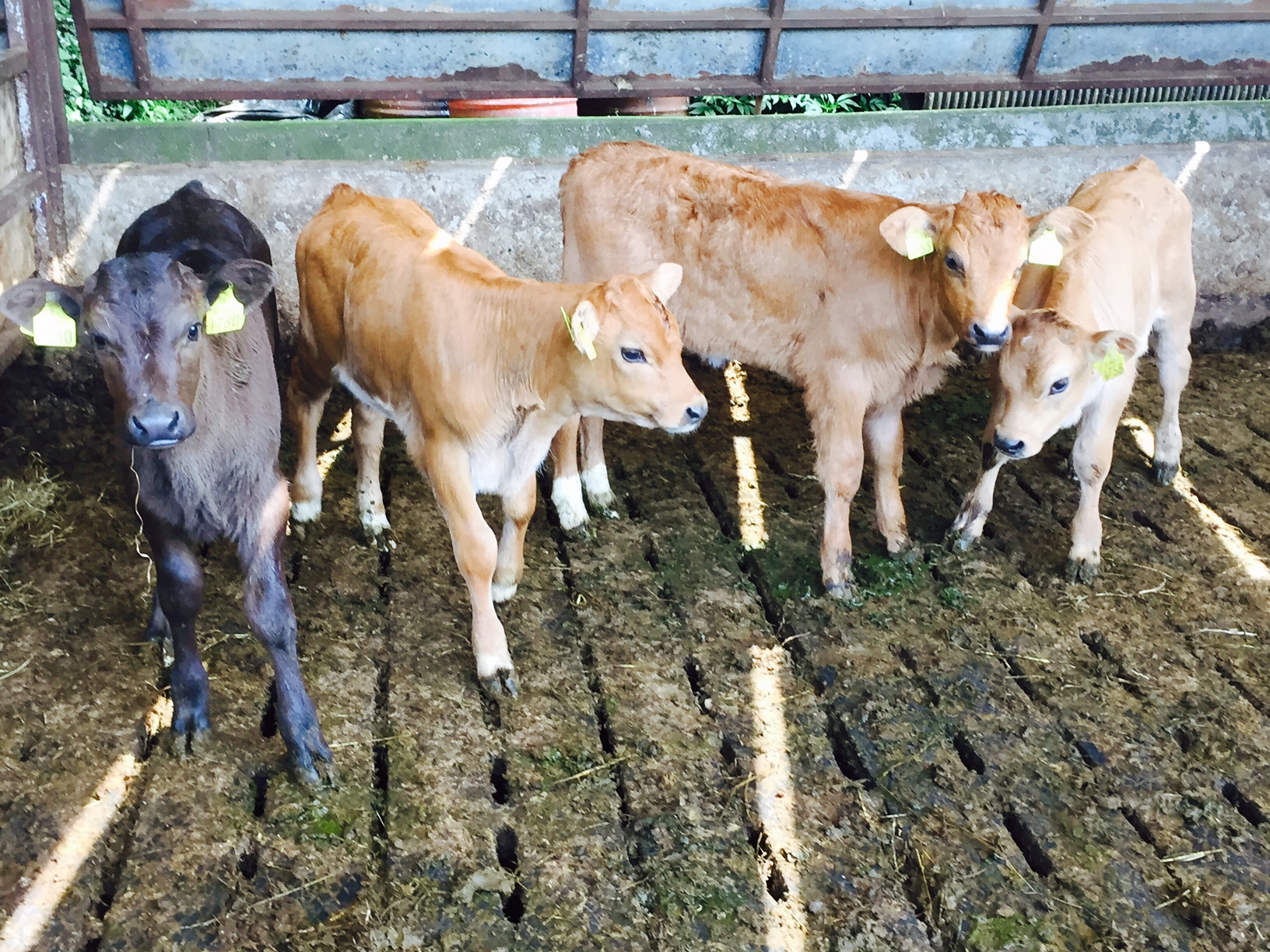 Donnellan said that Aubracs are ideal to breed to Culard Charolais to produce double muscled weanlings for the live export trade. 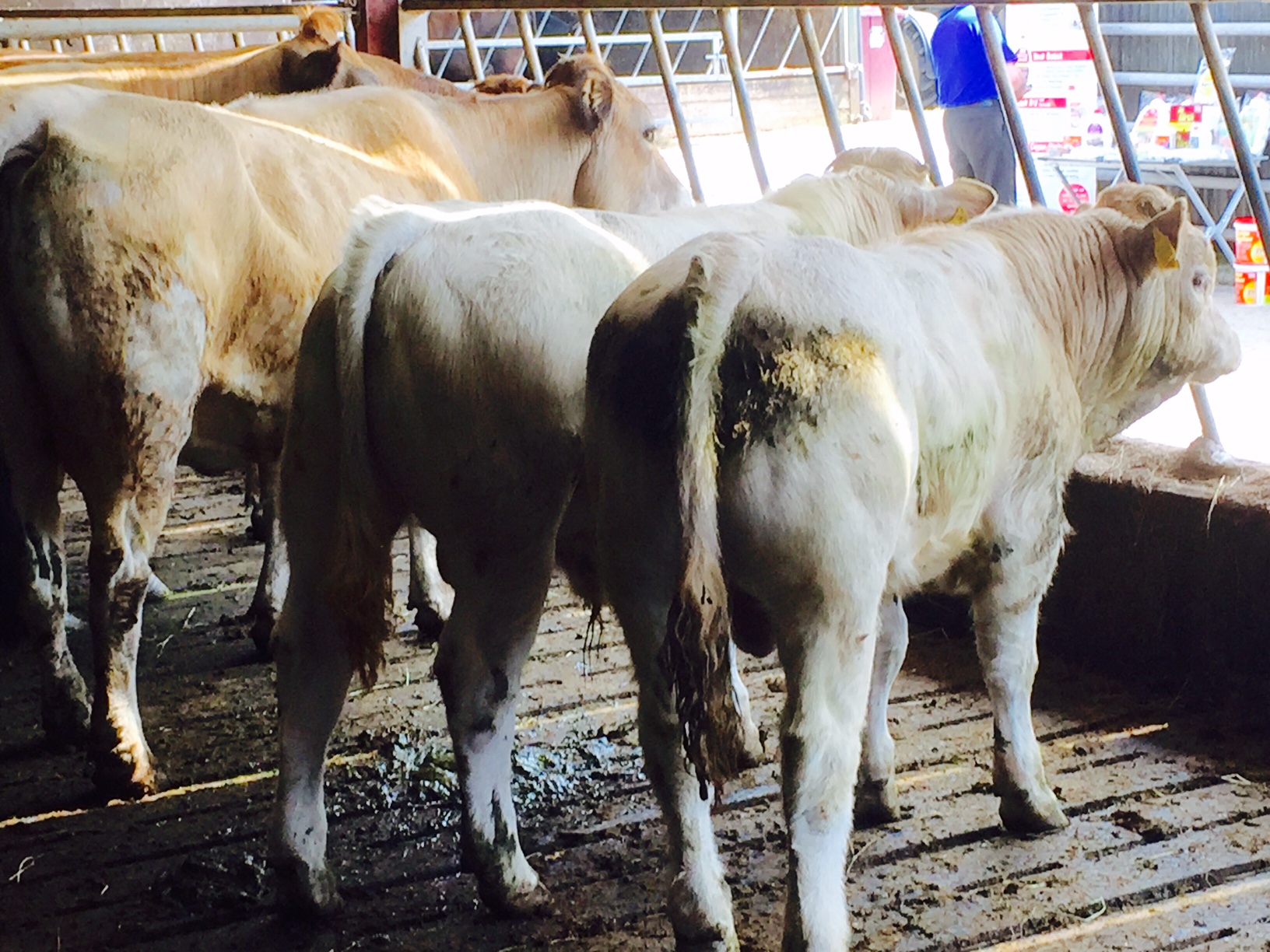 He said that in France, where the Aubrac originate, only the top 40% of cows are mated to produce a pedigree calf, while the remaining 60% are bred to Culard Charolais bulls.

Donnellan continued to say that the Aubrac is a suitable suckler cow, as she is easily calved, docile, produces a calf every year and is well able for tough conditions.

The breed was originally a hill breed, he said and as a result they are able to deal with grazing conditions  and they have adapted particularly well to Irish conditions. 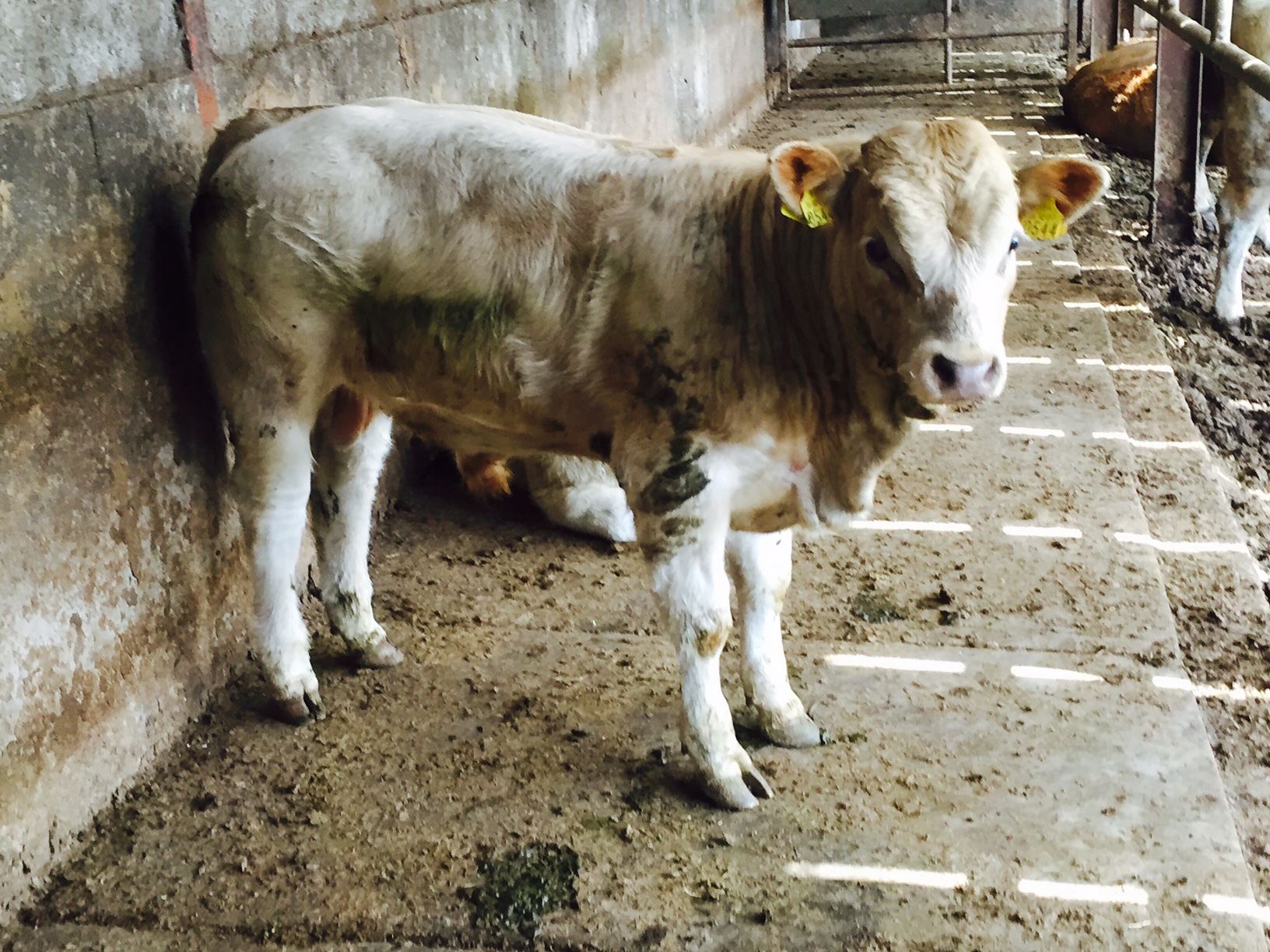 Finishing bulls under 15 months of age

The farm walk was held on James Ryan’s farm in Doon, Co. Limerick. Ryan is a relatively new breeder having purchased pedigree Aubrac heifers in 2012.

In 2015, he finished his first batch of Aubrac bulls under 15 months of age. These bulls had an average carcass weight of 404kg making an average price of €1,680.

Ryan said he was happy with the performance of the young bulls from just under 1t of concentrate, but he said young bull finishing is a specialist enterprise and he he still learning. 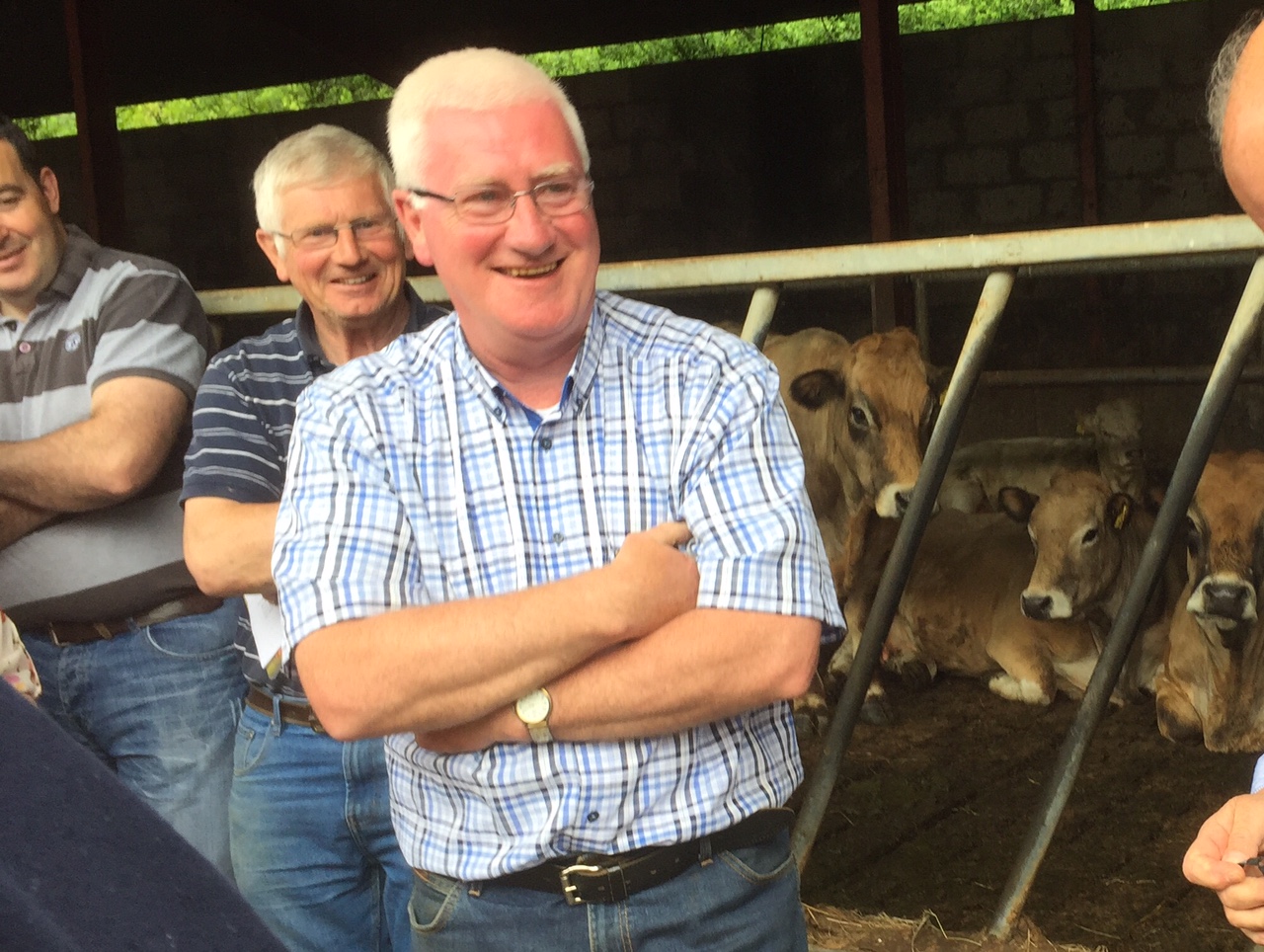 Benefits of the Aubrac breed: