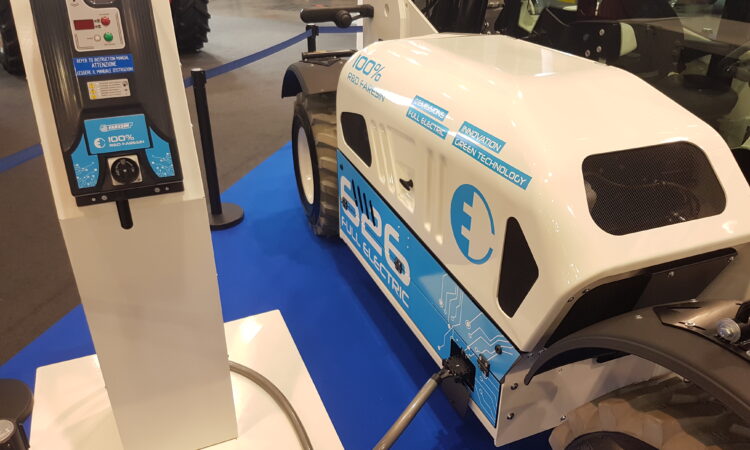 An electrically-powered telehandler (pictured) was spotted on the Faresin stand at last week’s SIMA show in Paris, France.

It’s a ‘preview’ machine. It’s based on the existing 6.26 (diesel-powered) version. 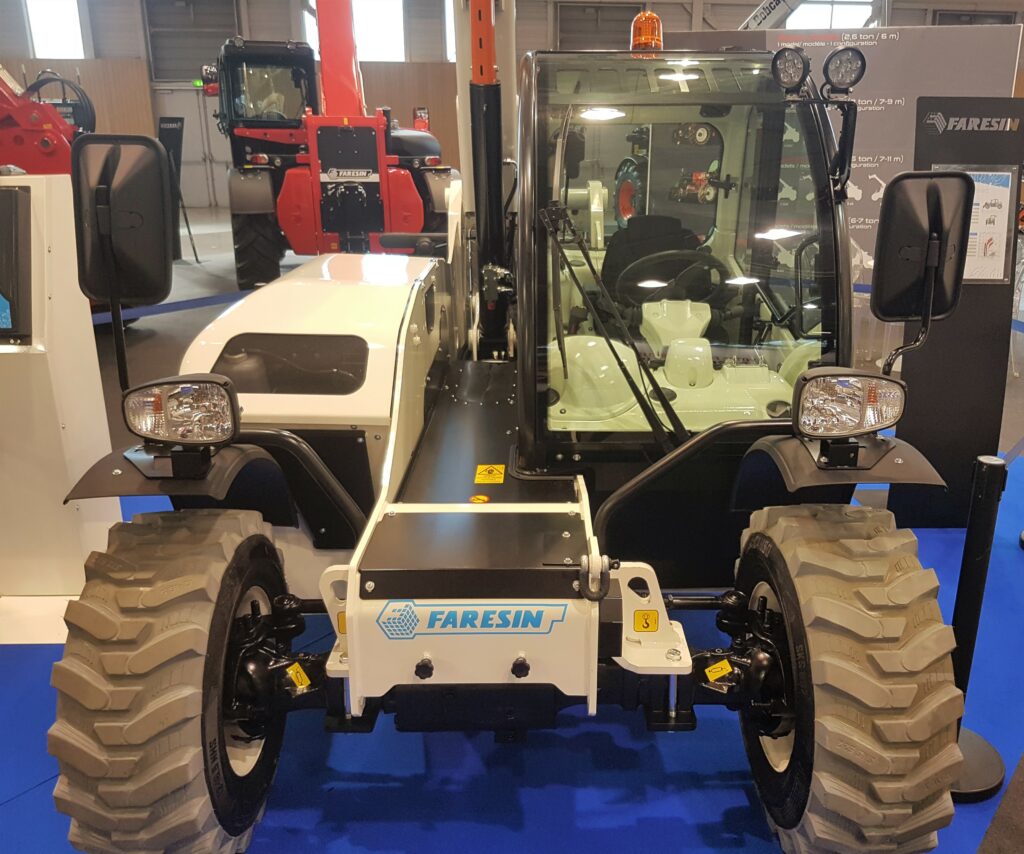 According to Faresin, the big selling points will be the absence of emissions and significantly reduced noise levels. The company says that this electric machine will also require less maintenance. 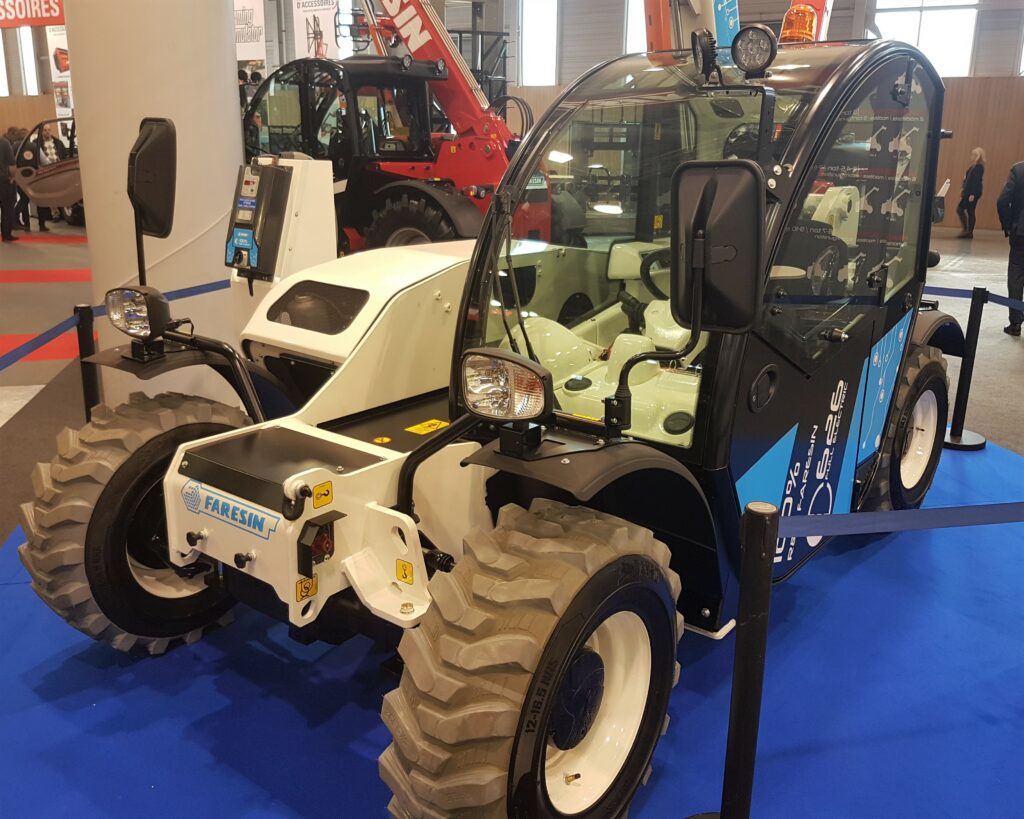 According to the manufacturer, there may be a fast-charging system. 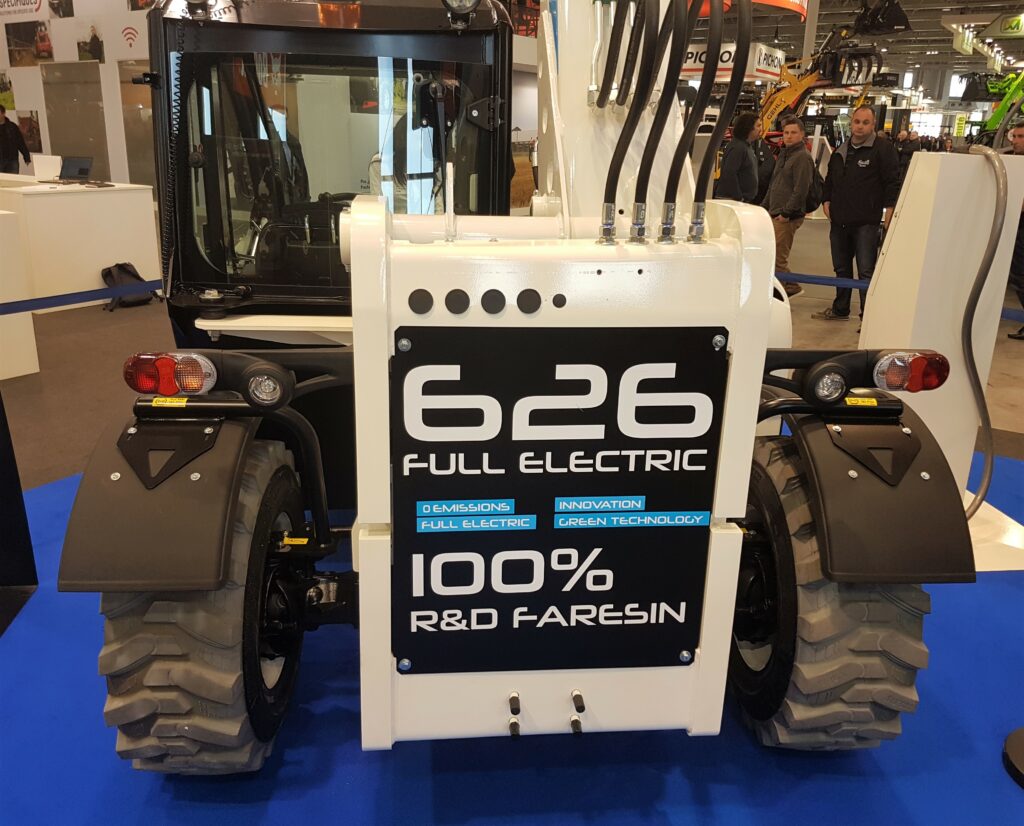 As the model designation suggests, it can lift 2.6t. The electric version weighs 4.8t. Top speed is a modest 15kph. 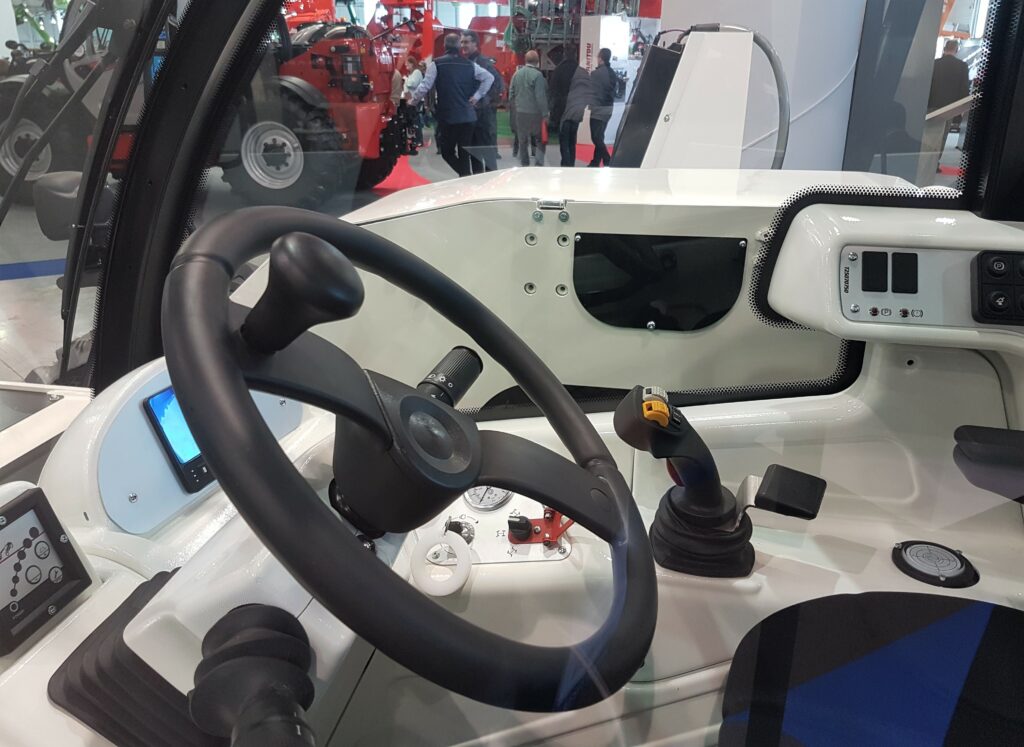 Stay tuned to AgriLand for further updates, as and when they are revealed by Faresin.

In somewhat related news, we recently revealed which brands of agricultural telescopic handlers are the best sellers in the UK.

That’s according to data from the AEA (Agricultural Engineers Association).

It recently released sales figures for 2017. Why, you might ask, are we revealing the brand-by-brand figures for 2017 (rather than 2018)? Official bodies are not permitted to release such data due to EU competition regulations until a full 12 months have elapsed.

The data showed that JCB was in a dominant position. In 2017, it sold (registered) 1,748 new (agricultural) telehandlers, accounting for a whopping 52% of the overall market.

Merlo was next. It registered 490 new (agricultural) telehandlers, accounting for 15% of the overall market.

In third position (but with a sales tally very close to that of Merlo) was Manitou. It sold (registered) 463 new (agricultural) telehandlers (14% of the overall market).

Stay tuned to AgriLand for upcoming analysis of the Irish telehandler market. 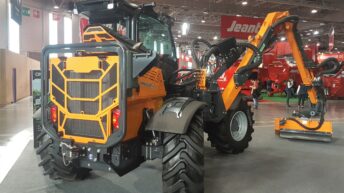 SIMA 2019: Is this the ultimate hedge-cutter?