Shock as IFA election cancelled due to ‘lack of interest’ 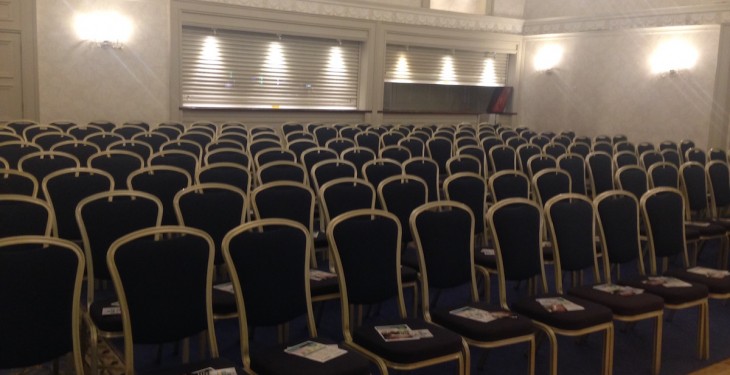 A state of shock is descending on the farming community today, as it is expected that IFA will announce today that it is to cancel its election due to ‘lack of interest’.

The unprecedented move could see the IFA carry on without a President and one insider said “sure, aren’t we getting on grand without one”.

It is believed that the move comes after voting in the election was found to be ‘non-existent’ in many regions. One insider said they’d seen “a bigger turnout at the signing of the former General Secretary Pat Smith’s exit package”.

IFA Chairman Jer Bergin was uncontactable for comment and one insider said it was because someone had  ‘inadvertently’ cancelled his subscription to IFA telecom.

Commenting on the situation Kerryman Flor McCarthy said he was totally in favour of the move as he has “had enough of the organisation” and has plans to set up his own version of the IFA in Kerry.

“I’ve had enough of the IFA. I won’t be taking shite from anybody – not even the IFA. I plan to set up my own organisation. I’m thinking the Farmers United Association or the FU-A for short. The Healy-Rae’s came up with the name and are backing me completely.”

Henry Burns said he was “born ready for this role” and that he had already started liaising with the local Mafia to ensure all senior IFA roles would remain in Laois. “We’ll call it de-central-IFA-tion.”

Meanwhile, Joe Healy is believed to be already threatening going down the legal route and mustering troops all over Connacht to march on Dublin to ensure the Connacht region has a Chairman and a President.

However, he admitted that he wasn’t sure he’d have anyone marching with him with Connacht members on a stand off and refusing to budge in any direction and that he might have to settle for being President of IFA Connacht.

An official IFA spokesman said he’s not surprised by anything at this point, but refused to be drawn on the matter, except to say that in relation to a possible legal threat: “what’s another lawsuit? Bring it on”.

Agriland Editor Margaret Donnelly said she wasn’t believing the story as there were simply too many anonymous sources and, besides, everyone loves the new election process.

“I don’t believe there are other issues in the country that the IFA cares about as much as the goings-on within the IFA. I’ve invested too many evenings for the election to end like this.”

However, she did reveal that she has another major IFA scoop on the way. “I have it on good authority that there is a vegetarian in a senior position within the organisation!”

Meanwhile, more unnamed sources are saying that Donald Trump is throwing his hat/hair into the ring for the position of General Secretary.

Trump quoted as saying “I’m a winner, the IFA’s a winner, it’s a perfect fit” and is understood to be already formulating plans to build a roof over the country to deal with our ‘rain problem’. Trump stresses that the construction costs which are said to exceed €400 billion will be covered by ‘levies’.

No presidential candidates were hurt in the making of this story…