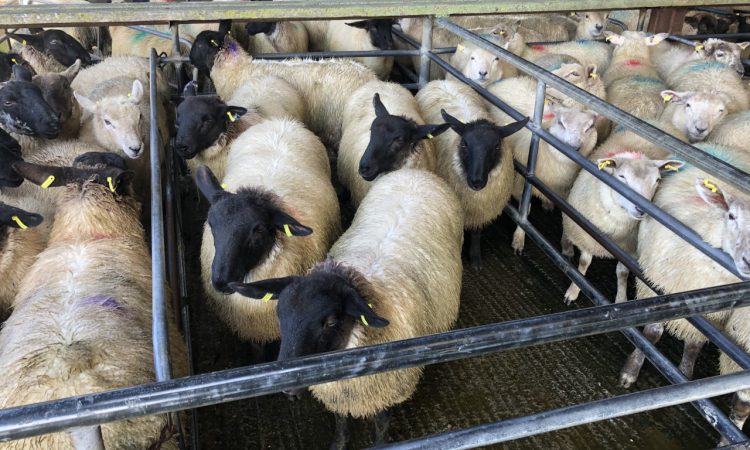 It was once again another positive few days at sheep sales across the country last week, with mart managers reporting a strong trade across the board.

Store lambs caught the eye once again at many sales, with mart managers reporting price increases of €2-4/head for stores.

In general, forward-store lambs made anywhere from €92/head up to €99/head, with slightly lighter lambs weighing 35kg making as much as €90/head.

Looking at finished lambs, these types, yet again, were a strong trade. Butcher-type lambs sold up to a tops of €118/head, with the majority selling from €112/head up to €116/head.

Factory lambs, depending on the cover of flesh, made from as low as €96/head for forward-store types up to €112/head for well-fleshed lambs.

Ewe lambs remain in strong demand as well. Mart managers report that good-quality lots are still commanding up to near €130/head. In the main, ewe lambs are generally selling for €90-125/head.

Cull ewes are also a firm trade, with heavy, well-fleshed ewes a touch dearer (€1-2/head) in some marts. From what is being reported, heavy ewes are generally making from €105/head up to €125/head, with select lots making €3-5/head more.

In terms of breeding sheep, numbers and quality are firmly on the decline; however, in saying that, strong, well-bred hoggets are still commanding a price of up to €180/head.

Overall, hogget ewes are making from €130/head for smaller, plainer lots up to €170-180/head for better-quality types.

Dowra Mart held its weekly sheep sale on Friday last (October 16). According to the mart’s manager, Terry McGovern, there was a strong entry of sheep, with 1,825 sold on the day.

The trade was strong once again, Terry noted, with both factory and store lambs selling well. Butcher lambs made up to €116.50/head, while factory-fit lambs sold up to €112.50/head.

Forward-store lambs were a slightly better trade in comparison to the previous week, with more farmer customers to buy these lots. In general, store lambs made from €80/head up to €95/head.

The “good ewe lambs” were also dearer on Friday last; these lots made from €95/head up to a top call of €125/head.

There was also a “big entry” of breeding sheep on the day, with these lots making from €120/head up to a top price of €178/head for a pen of hoggets.

He said: “The sheep sale was a little bit smaller last week; sheep numbers are starting to decline, as the very busy sales have passed. The lamb trade as a whole was up by €2-4/head on last week.

“There was more competition between factory agents than previous weeks, as well as the fact there were more buyers for store lambs as numbers begin to decline. All of which lead to a very strong sheep trade.”

Stores made up a large proportion of the sale, but still were up €3-4/head than last week due to a big farmer demand. Light stores ranged from €74/head up to €96/head.

Forward stores, like the lighter stores, were up €3-4/head and prices for these lots ranged from €89/head up to €102/head.

Heavy cast ewes remain scarce but were an improved trade, slightly, last week. Heavy ewes made from €109/head up to a tops of €128/head.

Store ewes were more plentiful this week. Farmers “continue to buy store ewes instead of store lambs”. Prices for these types ranged from €75/head up to €96/head.

Hogget ewes are “becoming very scarce and the quality has dropped significantly when compared to earlier in the season”. Prices for these lots ranged on the day from €150/head up to €182/head. 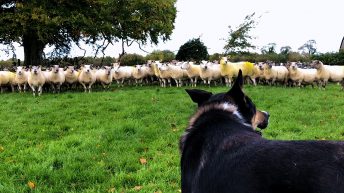 Video: Gerard Carey talks about the breeding season and this year’s crop of lambs