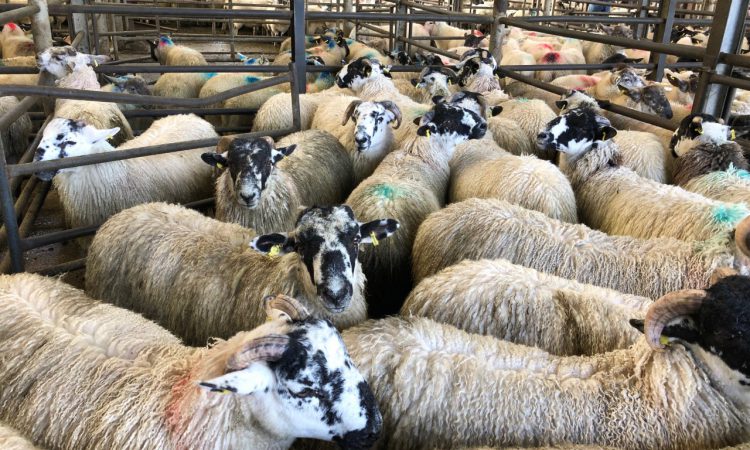 Mart managers across the country are reporting increased demand for factory-fit lambs. This has seen lamb prices break past the €100/head mark.

However, this increased demand has had a knock-on effect on the store lamb trade, with prices back slightly. The average price for these lots was €70/head.

The number of sheep entered into marts seems to be tightening, with a noticeable drop in the number of hoggets and store lambs on offer.

Furthermore, the trade for cast ewes continues to thrive, with prices ranging from €60/head up to €140/head.

Some 2,000 sheep were on offer at Baltinglass Mart’s weekly sale on Saturday, October 19.

There was a steady trade across all the sheep classes, with second and third crop ewe prices ranging from €135/head up to €170/head.

There was a good trade for cull ewes, according to the mart manager, Joe Wynne.

Breeding ewes were a steady trade, with a top price of €126/head achieved on the day.

Some 1,600 sheep were on offer at Dowra Mart’s weekly sale on Friday last, October 25. There was a sharp trade for all classes of sheep on offer, according to the mart manager, Patsy Smyth.

Factory lambs made from €80/head up to a top price of €95/head for 48 crossbred ram lambs weighing 50kg.

Furthermore, ewe lambs made from €88/head up to a top price of €133/head for seven Suffolk cross lambs.

Forward store lambs made from €65/head up to a top price of €82/head, with lighter mountain stores prices ranging from €59/head up to €65/head.

There was a large entry of breeding ewes and these were met with a strong trade. Prices for these lots ranged from €75/head up to €112/head.

Heavy lambs were better by €1.00-3.00/head on the previous week, according to the mart manager John Doyle. Furthermore, there was a steady trade for store lambs and breeding ewes.

There was a large entry of sheep on offer at Roscommon Mart on Wednesday last, October 23.

There was a steady trade for finished lambs, with prices fetching €98/head for lambs weighing 49kg, according to the mart manager, Maura Quigley.

There was an active trade for cast ewes, with prices ranging from €30/head up to €95/head. 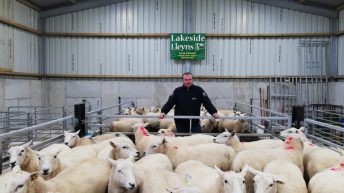