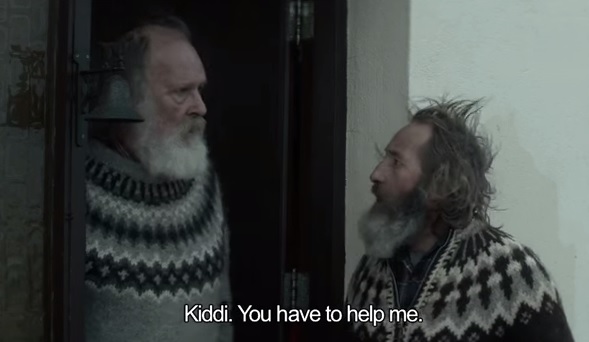 A film about sheep in Iceland called ‘Rams’ has won the Un Certain Regard prize at the 2015 Cannes Film Festival.

The prize is in the category that rewards offbeat films and is designed to award some of the more interesting, oddball films at the festival.

It awards the smaller films from new directors rather than the big-budget films that win the top award at the festival the Palme d’Or.

Rams is a film about two sheep farming brothers, Gummi and Kiddi, in rural Iceland who enter their ancestral sheep-stock into competitions .

While the brothers share land and the same way of life, they haven’t spoken to each other in four decades, the films website, Netop Films, says.

When a lethal disease suddenly infects Kiddi’s sheep, the entire valley comes under threat and the authorities decide to cull all the animals in the area to stop the disease spreading, it says.

The sheep are the main source of income for the farmers in the area and many abandon their land but Gummi and Kiddi don’t give up as easily, it says.

The film charts the coming together of the brothers in order to save their ancestral sheep flock and themselves from extinction, it says.

The film was directed by Icelandic director Grímur Hákonarson. You can take a look at a trailer for the film here: