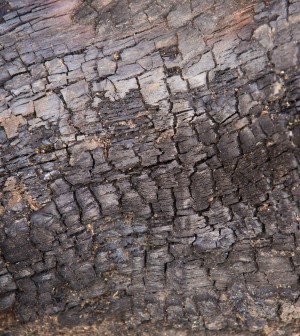 A second ash hedgerow site infected with Ash Dieback (Chalara fraxinea) has been found in County Tipperary the Department of Agriculture Food and Marine confirmed today. This follows a finding earlier this month in Leitrim.

The hedgerow in question is within 50 metres of a farm landscaping shelterbelt of ash planted 8 years ago with imported plants that have also tested positive for the disease. The Department say they are carrying out a survey of the hedgerow system in the vicinity of this finding before determining the extent of hedgerow to be removed in order to eradicate the disease at this site. In the meantime they say the farm landscaping shelterbelt is being removed.

Speaking today Minister of State Tom Hayes TD said: “Given this finding of a second outbreak in native ash trees within a hedgerow, it is obvious that there is a major challenge in eradicating this disease. We will continue with the policy of eradication and review this policy as further results come in from the ongoing surveys.”

The Department also confirmed today that there has been to date 101 confirmed findings of Ash Dieback (Chalara fraxinea) in Ireland.

In an ongoing survey being carried out by Department official’s plantations, nurseries, roadsides, landscape and farm landscape plantings and hedgerows were targeted.

So far the survey has found 40 confirmed findings in forestry plantations, 17 cases in Horticultural Nurseries, four in Garden centres, three in private gardens, 15 in farm landscaping/agri environmenal schemes, 20 in roadside landscaping and two findings in Hedgerows near infected sites.

Meanwhile at the site of the first hedgerow infection site in Leitrim the felling of trees has been completed. Minister Hayes visited the site to view firsthand the work being carried out and met some of the landowners at the site and thanking them for their co-operation in trying to rid Ireland of this disease.