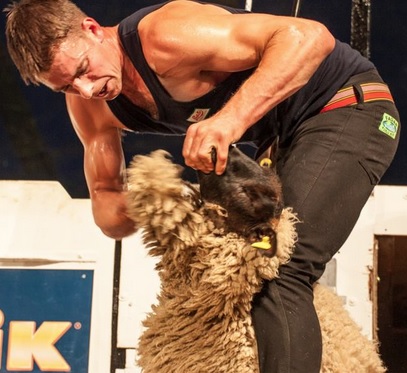 Donegal shearer Ivan Scott won his eighth All-Ireland Shearing Championships in a row as the first day of the 16th Golden Shears World Championships drew to a close in Gorey, Co Wexford.

Scott, 32, was in a class of his own as he shore the 15-sheep final in 13min 16.585sec and also scored the best board and pen quality points to beat nearest rival and young Northern Ireland World title contender Jack Robinson by more than a sheep and a crushing pen margin of almost 8pts.

Scott has now won three Open titles in his first week-and a-half competing since returning from his annual overseas shearing, which has taken him to New Zealand each year since about 2000.

He won the Leinster title at the Donard Shears on May 11, and last Sunday beat most of his major World Championships rivals in the Connacht Spring Show final.

Yesterday’s events were confined to the open-entry All-Nations heats and the All-Ireland final, with the first World Championship rounds in machine shearing, blades and wool handling.