Young farmers’ organisation Macra na Feirme has written to Science Foundation Ireland raising concerns over its funding of an RTÉ television programme which the association says is “undermining agricultural and nutritional science”.

Last week, Macra president Thomas Duffy raised objections to the use of funding for science going to the makers of the RTÉ programme What Planet Are You On, which he said “encouraged people to switch to fake meat and nut dairy replacements”.

According to Macra, in the letter the president raised concerns over the advice given, which he said “undermines public health guidelines specifically around food groups essential for children“.

Advertisement
Another point of contention raised was the use of global food emissions averages in the programme, when Ireland’s emissions for dairy are the lowest in Europe and joint fourth lowest for beef, according to the rural youth association’s president.

The use of the global average from the study by Joseph Poore, which shows large variation between countries, “can only be considered misleading”, Duffy contends.

“As always, Macra remains committed to addressing climate change and agriculture’s role – but not through misuse of information or undermining the public respect for science,” the Macra president concluded.

The television show in question has previously attracted criticism from the National Dairy Council and the Irish Farmers’ Association (IFA) among other groups. 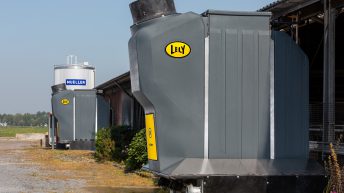