Taoiseach Micheál Martin said he will “not give a commitment” to introduce legislation that would allow the government to forcibly close meat plants.

TD Holly Cairns asked the Taoiseach yesterday (Tuesday, October 6) if it is proposed to introduce such legislation.

“We know from reports that the Minister for Health was urged by legal advisers to introduce legislation to allow the government to forcibly close meat plants.

We know entire counties have had to close on account of meat plants, that a plant in Cork with 226 cases never closed and that meat plants have been a consistent problem in terms of clusters of Covid-19, posing a serious risk to workers and public health.

“We now know that the Department of Agriculture, Food and the Marine is concerned that some plants are becoming complacent.”

The response of the Taoiseach

The Taoiseach said that although he will not give a commitment to it, such legislation can still be put forward. He said:

“On the introduction of specific legislation for specific sectors, the Health and Safety Authority [HSA] has powers in regard to workplaces and around making sure that companies adhere to the health and safety practices that should apply.

“All of us have to make sure we are fully informed in terms of the dynamic of this virus and how it affects particular settings.

“A total of 27,000 tests have been undertaken as part of the serial testing programme in meat plants across 80 plants since August 21, with 107 positives.

There had been a view prior to the serial testing programme that the plants were the origins of source of the virus. It seems now, looking at that objectively, that that may not be the case.

“It may be the case that people are bringing the virus into the plants. The difficulty then is that conditions within the plants can be conducive to a rapid spread.” 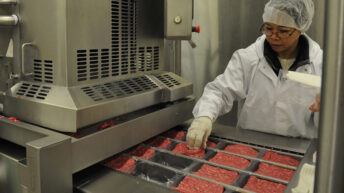