Rural decline: Village with ‘no youth’ creates own development plan 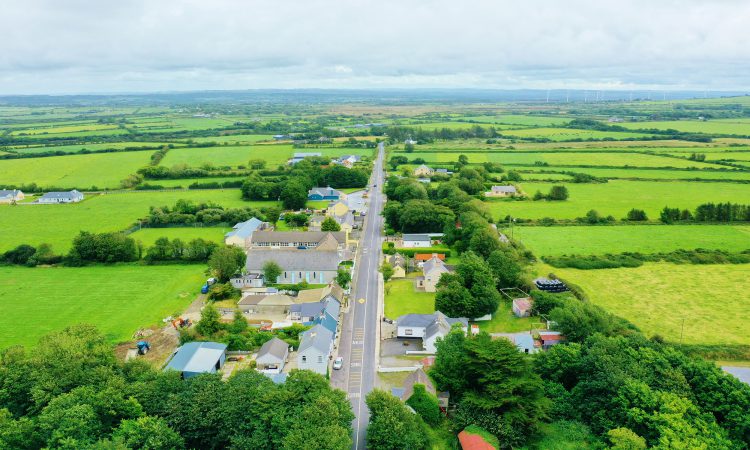 Asdee is a small, rural village in Co. Kerry – small enough that “if you were to blink, you’d miss it on your way to Ballybunion”.

However, small does not mean insignificant; and neither does rural. That is why the community of Asdee has spent the last number of months preparing a five-year development plan for the area, in order to “restore life”.

The Asdee Socio-Economic Development Plan 2020-2025 outlines the vision of the locals for the village: growing the area’s population; improvements in overall quality of life; investment in community facilities and amenities; and harnessing the area’s natural resources.

With the planning process supported by the Fisheries Local Action Group, other agencies will be expected to support the community in co-financing the plan over the next number of years.

“The demands are not huge in rural Ireland. People want small changes and small improvements. If you give a community a small amount of money, so much will be done compared to in cities,” Lorraine McElligott, member of the Asdee Community Development Association.

“People work for free and use their own skills to paint, garden and do maintenance in areas like this. You won’t get that in the city – no one will give anything for free.”

‘We have no youth here’

The decline and ageing of the population in Asdee is a “worrying trend” according to McElligott.

“We have no youth there; no young people here to boost the morale, as they do,” she continued.

When I was young, the population was a lot larger and it felt like there was so much more hope then there has been in recent times.

“We have our soccer club and GAA club, but again, they’re struggling. We’re merging with Ballylongford at underage level because we can’t field a team. That’s happening right across rural Kerry and, indeed, rural Ireland. It sums up what it’s like in these parts when you can’t even field a team.”

‘It wants people to be in towns’

When asked by AgriLand why the locals have decided to take matters into their own hands, McElligott said they have learned that “you can’t just let the government do it for you”.

“What hinders progression is the planning. It [government] wants people to be in towns.

“That’s adding to the depopulation of rural Ireland. People don’t want to live in cities once they get older, they want to be out in the countryside where they can go for their walks and meet their friends, to have that quality of life when they don’t want that rat race anymore.

The government isn’t helping that; it’s nearly hindering it.

“It needs to rethink the whole approach to planning and allocating resources. Otherwise, we’ll end up with nobody left outside the city lights.”