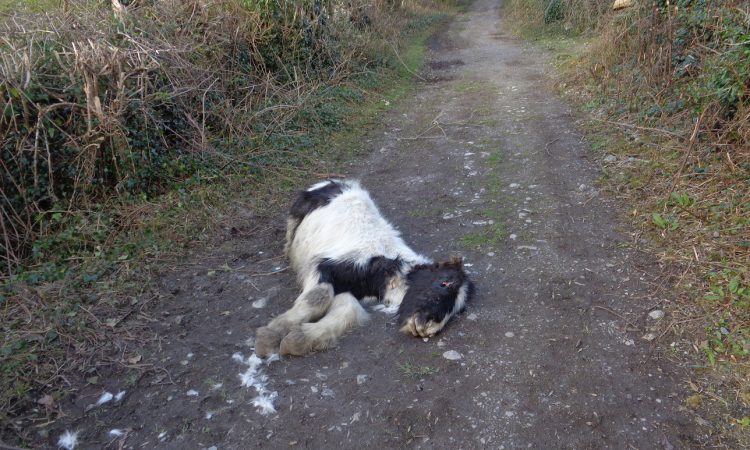 It is “beyond belief” to Galway County Council that in a modern society, it is still battling with the issue of illegal animal dumping.

In fact, the problem is only getting worse, according to the county veterinary officer Rita Gately.

Covid-19 and the restrictions that came with it may have had a part to play in the increase in dumping over the last number of months, but it is “certainly no excuse”.

“We found the increase in dumping came immediately after the lockdown started. That was across the board – the dumping of household waste and animals,” Gately said.

“However, we often do get a surge when spring comes, associated with the calving and lambing season here, along with the dumping of horses that were often neglected through the winter.”

‘A threat to communities, public health and animal welfare’

Dumping dead animals is “unpleasant and a threat to communities, public health and animal welfare” and it is also very much illegal.

By law, farmers are obliged to have all dead livestock on their farm collected by registered dead animal collectors for transport to either an approved knackery or rendering plant.

“People who are dumping just aren’t thinking it through. The situation here is horrific; and I believe the costs of lifting even a dead calf are not significant. At any economic cost, it is cheaper and easier to do than going to the trouble of wrapping something up in a plastic bag – which, itself, is a pollutant as well – and then throwing it into a river.

“People should not be doing this in a modern society.”

Galway is very reliant on tourism. When the county saw a dramatic drop over the last few months, leading to less people around and less eyes on the look out, it appears to the council that people thought dumping was “something they could get away with”.

“How could one have such little respect for their county and the environment to do it?” Gately continued.

“Farmers care about nature and wildlife around them and it is a minority that are spoiling it for the many.

“A minority or not, let them know we are intent on following through on each and every case.”

‘The whole idea of this is horrific’

Gately said that some incidents may be accidental; an animal may slip into a river. However, the council has found that if an animal is tagged and once the owner is contacted, they are “always very responsible and deal with it properly”.

“Anything that’s on private land – and it can happen to anyone that an animal dies on private land and the owner may not be aware of it – if it’s not disposed of properly, we follow up and request them to do it. If it isn’t done, we can remove it and fine them for the cost of it.

“It’s the ones ending up near the river and in bogland that causes us the biggest problems.”

Gately said the council is particularly concerned over the risk of cryptosporidium, a zoonotic parasite that causes the disease cryptosporidiosis (crypto). If an animal is dumped near or in a river, it can contaminate the water and potentially expose the community to disease.

“We have put in place so much work and so many excellent treatment programmes since we had a crypto outbreak in the past,” Gately continued.

We try to maintain the highest quality of water for people in the county and someone can put everyone at risk by dumping an animal at the location of water supply. The whole idea of this is horrific.

“We will continue to do our best to stop this. If we have evidence – and we will certainly search for evidence – we will follow up with enforcement. We take DNA samples and store them and if there is an option of verifying the origin, we’ll be following up.” 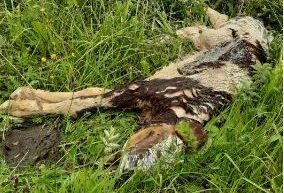