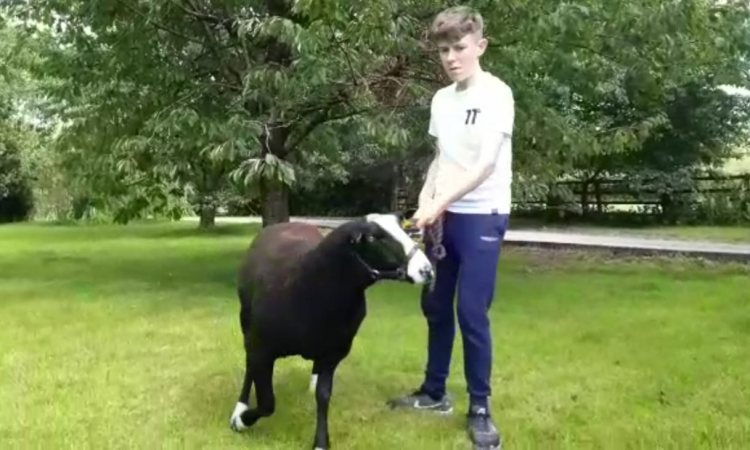 A Co. Kilkenny teenager who has his own flock of Zwartbles sheep has taken part in ‘Village People Portraits’ as part of the Kilkenny Arts Festival 2020.

Charlie Brennan (16) was one of six people from Dungarvan who took part in portrait sittings for Blaise Smith, one of Ireland’s leading portrait and land painters, as he painted the portraits of a selection of people from his home village.

The painting of the portrait, which was live-streamed on Facebook, captured Charlie as he chatted about Goliath, one of his Zwartbles rams, who was in the background.

Charlie used some of his confirmation money to buy two Zwartbles ewes in lamb four years ago. He now has 21 breeding ewes.

I chose the breed as they are a docile quiet breed that make good mothers and also because they look good and are an unusual breed.

Charlie, who hurls with Young Irelands in Gowran, has a keen interest in biodiversity and grows organic vegetables. He advocates the preservation of natural habitats.

He is the eldest in a family of four and his dad, Eamonn, combines keeping horses and sheep with building. Charlie is keen to expand his flock and plans a future in farming.

“Most of my work has been about communities, often connected by work,” Blaise said.

“I thought it would be good to do a community connected in the normal way, by geography, and therefore, why not the people in my own village of Dungarvan, Co. Kilkenny.

I want to show how a rural Irish village is a much more diverse and interesting place than you would think as you drove through on your way to Dublin or Waterford. People are never one dimensional when you scratch the surface. They have many things going on in their lives, and many interests.

“The overall plan is to do a series of large paintings over the next five years, showing people in their homes and workplaces. Later it will be exhibited in somewhere like the new Butler Gallery and possibly tour the country,” he said. 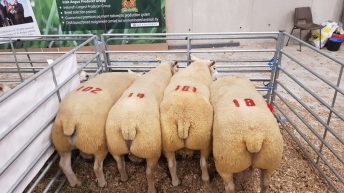