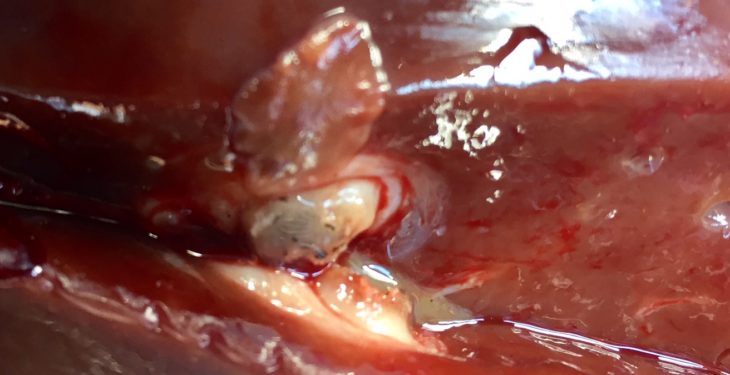 The extent to which Irish beef cattle are suffering from liver fluke has been identified by Animal Health Ireland (AHI).

At yesterday’s Teagasc/AHI beef health event, held on Andy Boylan’s farm in Carrickmacross, Co. Monaghan, farmers were presented with a breakdown of the results from the Beef HealthCheck programme.

The programme, developed in collaboration with Meat Industry Ireland (MII), captures information relating to animal health at slaughter; two such areas are the levels of fluke and lung damage (caused by pneumonia) present in beef cattle.

The study, which examined livers from cattle slaughtered over the first 24 weeks of 2017, found that cattle from Co. Leitrim had the highest rates of liver fluke infestations.

Moving to the other end of the scale, cattle slaughtered from the counties of Carlow, Laois, Offaly and Wexford had the lowest levels of liver fluke infestations.

Advertisement
Information gathered from slaughter plants shows that approximately 10% of all cattle slaughtered from these counties had suffered from liver fluke in their lifetime; this dropped to under 5% for the number of cattle with live liver fluke present at the time of slaughter.

In addition, the AHI programme also found that approximately 11% of all of the young bulls, steers and heifers slaughtered this year have suffered from liver fluke over their lifetime, while about 3-4% of these animals presented with live liver fluke infestations at slaughter.

What does the information tell us?

The Beef HealthCheck Programme Manager with AHI, Rebecca Carroll, said the data gathered generates a lot of useful information for both farmers and veterinary practitioners.

“Live fluke can tell us two things,” she said.

Touching on the damaged livers identified, she said: “When the liver was examined at slaughter, it was found to be damaged – it wasn’t a normal liver – but there wasn’t any fluke in it.

“That means that the animal got fluke; was treated; the fluke were killed off; but you still have some damage as a result of the fluke being present in the past,” she said. 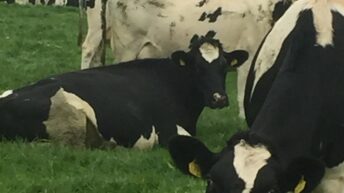