The dream for Colin was always to return to the family farm, where he kept a small flock of sheep for years, mainly as a hobby.

Since he retired in 2015, he has gone full-time into breeding pedigree Suffolk sheep.

In 2011 Colin purchased three Suffolk ewes and this was the start an of all-consuming passion for Suffolk sheep.

Colin is continuosly introducing new bloodlines and developing his flock to maximise performance.

Joining the Suffolk Sheep Society has been the cornerstone of Colin’s apparent success.

Catching the eye of fellow society members with his Beechbrook Flock, he has gone on to win various sheep shows across the country.

In 2017, Colin won the National Small Flock competition; this was followed by his stock ram winning Irish Bred Sire of the Year in 2018. 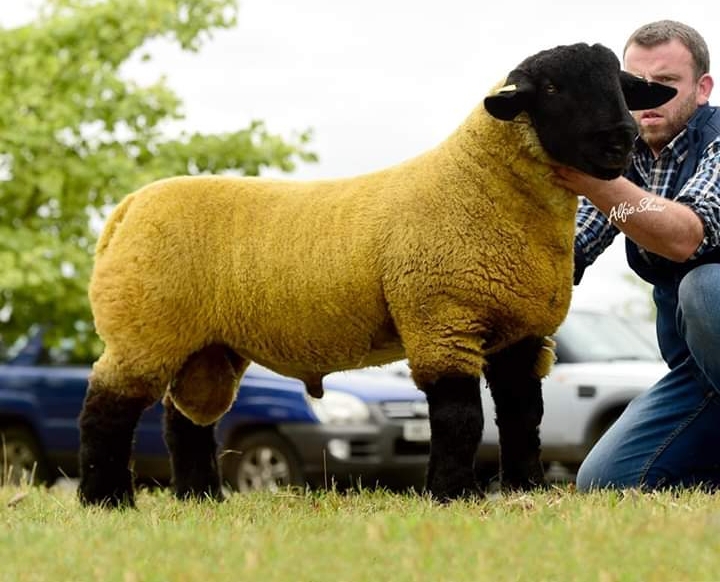 However, his crowning achievement came this year when he won three sections in the South of Ireland Flock competition.

As well as being named overall champion, he also received two Certificates of Merit in two other classes, where he was up against breeders from Northern Ireland and the UK.

The South of Ireland Branch Suffolk Sheep Society is hosting a Premier Show and Sale at Blessington mart this Friday (August 2) and Saturday (August 3).

The sale will consist of 160 top Suffolk rams from Ireland, including a selected number of pedigree females.

The show commences at 3:00pm on Friday and the sale starts at 11:00am on Saturday morning.

'Steps to Success 2019' launched by minister