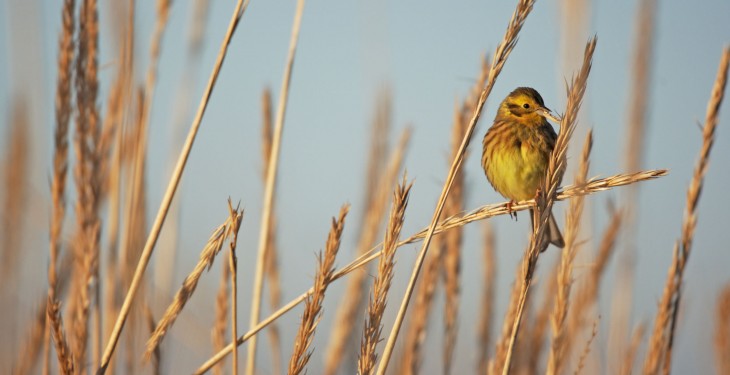 The View from the UK: Threatened farmland birds are likely to survive the winter better on conventional farms with specially designed wildlife habitats than on organic farms without.

This is according to a new study from the University of Southampton in the UK.

The researcher, Dominic Harrison from Engineering and the Environment at the University, said the greatest numbers of chaffinches, skylarks, yellowhammers and lapwings were recorded on conservation grade farms.

“A strong link was found between the number of specially-designed habitats created and the richness of bird species found,” he explained.

“This indicates that the deciding factor is not the method of farming, as organic farms don’t provide significant benefits to overwintering birds. Instead, farm-scale management specifically designed to be beneficial to wildlife can have positive farm-scale effects.”

Darren Moorcroft, head of conservation delivery at the Royal Society for the Protection of Birds, agreed that the best results in sustaining farmland bird populations are to be gained from a targeted approach.

“There’s no doubt the more specific the approach, the better the results,” he said.

“We’ve designed conservation grade to deliver biodiversity ‘yields’ in the same way that farmers aim to optimise the yields of any crop.”