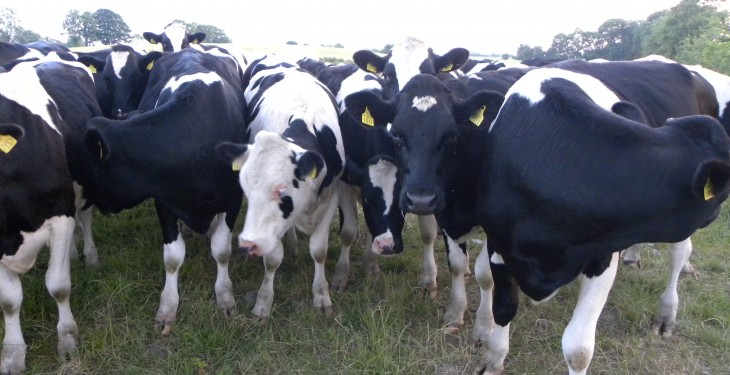 A recent survey of American dairy advisors and veterinarians placed the handling of the dry cow as one of the most aspects of herd management that milk producers must get right.

And while a lot of research has been carried out into meeting the energy needs of the pre-calving cow, recognition is now growing that the protein requirements of the dam and the calf she is carrying are equally important.

This being the case, scientists at Cornell University have established protein guidelines for the unborn calf that necessitate a significant increase in the amount of amino acids/protein fed as calving approaches.

As a result, US nutritional guidelines now recommend a 12 per cent crude protein ration for recently dried off cows, rising to 14 to 15 per cent for heifers on the point of calving.

“In fact, it has been calculated that mammary gland growth in heifers is about 130 grams of crude protein or an increase of 1.3 percentage units above baseline crude protein needs.  Following on from this is the concern that if dry matter intake drops significantly, the total amount of amino acids may be limiting.”

That said, many US studies, designed to address the protein needs of pre-calving cows, have thrown up quite a range of results. For example, feeding higher levels of crude protein and undergradable protein before calving have not improved milk yields.

Although there is evidence to show that supplementation of limiting amino acids may be beneficial when fed before and after calving.  What’s more, higher levels of crude protein can lead to lower dry matter intakes in pre calving animals.

In general terms Hutjens recommends that, directly prior to calving, mature cows need a ration containing 12 per cent crude protein.

“However, pregnant heifers require a ration containing 14.3 to 15 percent crude protein,” he added.

“If dry matter intake is reduced below anticipated levels, higher level of protein maybe needed. When increasing crude protein levels in the close-up dry cow ration, the source of undergraded protein and its amino acid profile should be considered. Protected amino acids maybe beneficial in such circumstances. And, of course, stimulating microbial growth in the rumen will also improve amino acid supply to the pre-calving cow.”