The Scottish dream: 70 per cent grant on multimillion dairy unit 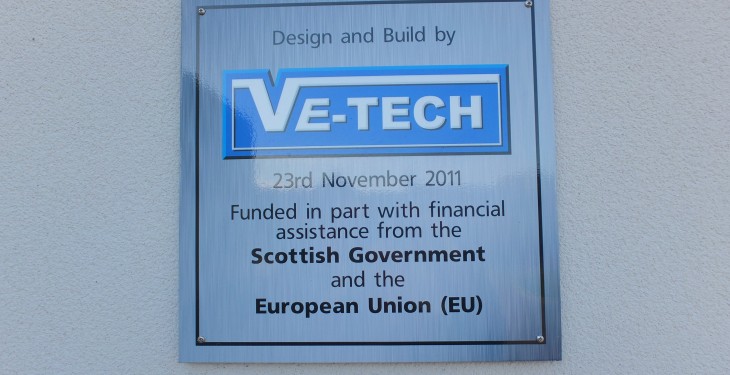 The View from Scotland: Some 40 Ulster farmers joined a Markethill dairy discussion group visit to four young Scottish milk producers on a tour led by David Allan of Volac International.

Impressed not only with the very high standards of husbandry, but with the 70 per cent EU and Scottish Executive grant received on the new £1.1million sterling dairy unit.

With the same access to EU and UK national funds as other devolved administrations the Scottish Government is targeting support on to progressive farmers, especially those under 40 years. Thus encouraging key sectors such as milk production to expand by 50 per cent and remain the engine house of the real rural economy.

“I am under 40 and in a less favoured area so this 70 per cent grant was payable as there are barely a 1,000 dairy herds left in all of Scotland so helping younger producers is vital,” explained Sloan.

“A few years after I returned from working in Canada my parents moved to an out farm, just down the road and the decision was taken to develop this site at a former breaker’s yard. To improve efficiency and justify our investment we either had to go milking three times a day or install, robots.”

With a view to both better livestock performance and a better lifestyle Sloan and his father Bryce opted for robots. Today their farm at Darnlaw, Auchinleck, East Ayrshire has two Lely robotic milkers with space left for a third robot in a dairy complex of 168 cubicles.”

However, the Sloan family have had their setbacks and, like all in farming, have learned hard lessons.

A bought-in batch of eye-catching herd replacements brought with them Johne’s disease, which proved costly to remove from the farm. To avoid similar problems no replacement animals are now brought into the herd as ever since Sloan has relied on ETs and AI.

The hard lesson learned with John’s Disease was also one factor in ensuring the new dairy unit has a 21st century calf-feeding system in place. Gone are the days when calves were bucket fed and left on cow’s milk for the first eight or nine days!

Instead calves are reared on Volac milk powder from an Urban U40 computerised calf feeder, thus avoiding many problems, including Johne’s disease.

“Not only does this help control the transmission of Johne’s disease, but ensures calves reach the targets we set as regards their physical development and age at which heifers calve down,” Sloan explained.

“Time saved compared to bucket feeding leaves us more time to actually work with the calves to maintain high standards of husbandry and hygiene. An added bonus is that we find heifers coming into milk are a lot quieter as they are used to us walking through pens from three days old.”

Asked why Volac calf milk replacer and a Volac U40 feeder was chosen, Sloan had a two-word response. “Proven products!”

“Volac milk powders manufactured at Felinfach in Wales, using milk from across the UK, including Northern Ireland, ensure we can consistently rear calves that become high-performance heifers.

“As regards the Urban U40 feeder it allows us to treat every calf as an individual and identify any potential problems promptly. This very reliable and easy to use machine is also backed up by a local 24/7 service team.”

For the Ulster visitors Sloan had one final comment. “Yes, we use the latest technology as regards calf feeding, milking cows and managing their environment, but it always comes back to stockmanship. The technology does not replace good husbandry, it gives us more time to give more cows the standard of care needed to maximise their lifetime performance.”