Scanning of the national sheep flock is starting to really kick off at the moment. AgriLand up with well-known beef, dairy and sheep scanner Dominic Black on how the scanning is going across the country.

According to the Roscommon man: “It’s been an exceptional year so far for sheep.”

“It has been way above normal from what I’ve seen so far so far. The sheep are in great condition due to the fantastic summer,” he noted.

However he stressed that there has been big reduction in the numbers of farmers lambing early this year from what he has seen. “I’m only starting to get really busy now. The next few weeks will be very busy.”

He noted: “A lot of farmers would have lost money last year lambing over the Christmas and are not bothering with the hassle of it this year.”

In terms of suckler cows, he said they have performed well this year. “Despite the terrible spring, results were very good in most of the herds I worked with.”

In contrast the scanner technician noted the dairy side was “poor”. “I saw farms where 40 per cent of the cows were empty. It looks like the spring is the reason for it. These cows never really recovered from the terrible weather at a crucial time.” 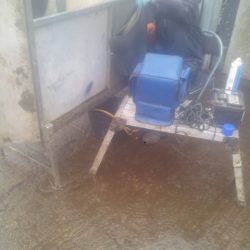 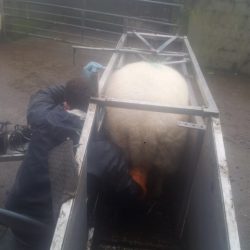 IFA meets with ministers and TDs on Budget 2022

‘Ireland will effectively have two budgets this year: one financial and one climate-related’

Potential for poultry sector to move away from land spreading – Markey