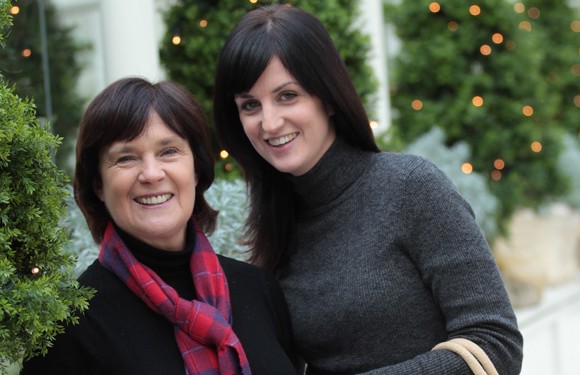 AgriLand talks to Little Island-based Maxine Hyde of Ballymaloe Foods about the evolution of the Ballymaloe brand.

Ballymaloe House is synonymous with quality Irish produce and the inspiring Allen family’s culinary expertise. It was from the grounds of this legendary establishment that the idea, recipe and ingredients for Ballymaloe Relish were created.

In 1990 Yasmin Allen, spotted a gap in the market for more wholesome alternatives to ketchup and used her mother Myrtle Allen’s popular relish recipe to launch Ballymaloe Relish to restaurants and shops. Small beginnings led to much bigger things and according to Yasmin’s daughter Hyde: “We started in a portacabin in our back garden and after five years expanded to purposely built kitchens in Little Island. We are still in Little Island and employ 20 people”.

The best seller is of course the Original Ballymaloe Relish but they also have sauces for roast meats – Cranberry Sauce, Bramley Apple Sauce & Mint Jelly as well delicious salad dressing range. When asked how Ballymaloe competes in a busy condiment marketed, Hyde said: “Chef & Heinz are great brands – they have a lot more money to market themselves than us! But we focus on telling people about the quality, the taste and the Irishness of our products”.

Keen to continue evolving its brand a range of Ballymaloe pasta sauces will hit the Irish market in two months time. Unlike most large global brands that create ideas while sitting around the boardroom table the Allen family came up with the idea while cooking up a pasta dish in their kitchen.

We always made our own pasta sauces often using the relishes to add some strong flavours and it was from this the idea of Ballymaloe Pasta Sauces was formed, we can’t wait to get selling them!”.

The sauces will be ideal for time-strapped Irish families and making cost-effective products is a key part of the Ballymaloe Foods ethos. “We have a great product for budget meals, because one jar can go a long way and bring a lot of flavour to simple meals such as a jacket potato with grated cheese or a delicious free range omelette.” Despite the recession the Irish food industry continues to grow in 2012, Irish agri-food and drink exports increased by an estimated 2 per cent to approximately €9.02bn.

Hyde paints a positive picture for the future of Ballymaloe Foods, “We are lucky that the Irish Food sector is one area of Irish business that still has growth, although a lot of this is export. Sales in Ireland have not fallen but the growth has slowed down. We export to the UK, USA, Germany, the Netherlands and Australia. Our exports grew by 30 per cent last year and is now 15 per cent of our sales. Growth in these markets is slow but steady – as nobody knows our products it takes a lot of hard work and expense introducing them.”

There has been a steady increase in the number of farmers markets taking place around Ireland and Hyde believes these play a key role in boosting your brand.

“In June we do Bloom and Taste of Dublin, we do about eight shows per year – they are really hard work but a great chance to meet existing customers and new ones, taste new products, and get feedback as well. I think there is enough food shows out there, it’s just finding the time to get to them all!”

Mirroring recent calls by Beet Ireland Hyde thinks a revival of the sugar beet industry would benefit the food sector “We are hoping that the government can get sugar production back then Irish Food companies will no longer have to import sugar as we have to do now”. Aside from this Ballymaloe Foods has received ample support from government and enterprise bodies pointing to a favourable future for agri food producers as Hyde states “Throughout the years we have been lucky to have been supported by the South Cork Enterprise Board, Bord Bia & Enterprise Ireland”.

Keep an eye out for Ballymaloe Pasta Sauces on the supermarket shelves!