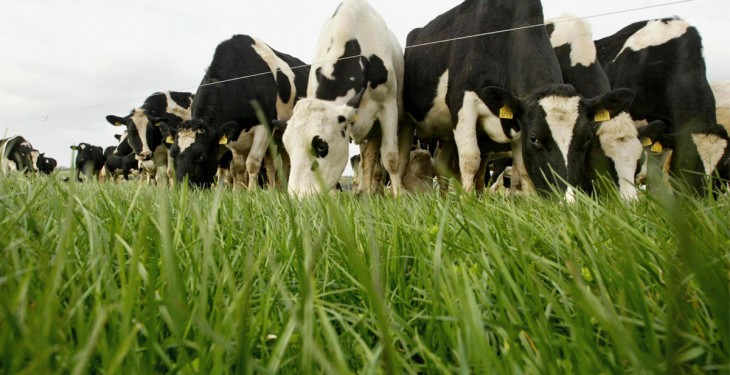 An EU regional committee has raised serious concerns about the liberalisation of the milk market, in particular monopoly behaviour by Europe’s main milk-producing countries post quotas.

The Committee of the Regions (CoR), an assembly of local and regional representatives in the EU, expressed its views on the suppression of the quota system in Europe in 2015. In a statement this afternoon to AgriLand.ie the European Milk Board (EMB) agrees with the CoR and is calling for regulation instruments for the milk market post quota to be put in place.

The EMB is a European umbrella organisation representing 19 milk producers’ associations from 14 European countries and a total of approximately 100.000 dairy farmers. Around 75 per cent of the milk volume in Europe is produced in its member states. The Irish Creamery Milk Suppliers Association (ICMSA) is a member.

According to the CoR, the instruments of the so-called EU Milk Package will not be not sufficient to alleviate the negative consequences for European regions and family farms of the suppression of milk quotas in 2015, a statement from the European Milk Board stated to AgriLand.ie this afternoon.

“The CoR clearly condemns the fact that dairy co-operatives in the main milk-producing countries of the EU hold most of the market shares – if not a monopoly. For this reason, it supports the setting up of producer organisations, but at the same time highlights their missing negotiating power in comparison with dairies,” the EMB stressed.

The CoR also criticises the increased margins in the agro-food and retail sectors, which are not passed on to producers, as well as the financial unpredictability for dairy farmers due to milk price volatility, it added.

“In order to ensure milk producers a revenue, the CoR proposes to include production costs in negotiations on farm-gate prices. It also suggests the possibility of an extension of the quota system until 2019/2020 to be studied, taking into account the experiences of the liberalisation of the market in Switzerland and the US. In case of an abolition of quotas, the introduction of accompanying regulation instruments is absolutely necessary.

“In the CoR’s opinion, an efficient crisis management system must be able to respond promptly. It is thus necessary to centralise information on milk output on a national and European level, which presupposes direct management by the European Commission or by a European regulatory body. A crisis management system on the level of the processing industry – as occasionally called for by the dairy industry – is, however, not compatible with this general approach.”

The EMB said it is encouraged by the CoR’s opinion in its claim for binding rules for the market and calls political decision-makers to strongly endorse the implementation of effective market instruments.

“This is the only way to ensure sustainable milk production in all EU regions,” it concluded.