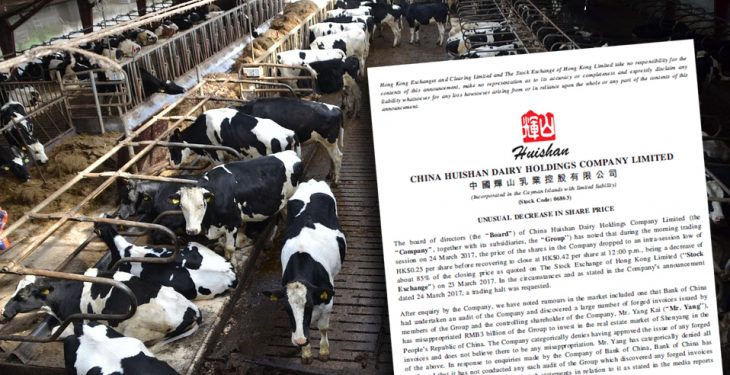 Investors have been left hanging after regulators said trading in shares in Huishan, a major Chinese dairy concern, would not be allowed to resume without their approval.

Hong Kong’s Securities and Futures Commission rarely suspends trading, according to the South China Morning Post. Its rules only allow it to do so in limited circumstances, which include protecting investors’ interests, maintaining order in the markets, or where evidence of misleading, false or incomplete information has been uncovered.

The suspension is just the latest twist in a chaotic few months for Huishan.

Last December, a report by US-based market analyst Muddy Waters accused the company of misleading investors about the true state of its balance sheet. “Even if Huishan’s financials were not fraudulent, the company appears to be on the verge of
default due to its excessive leverage,” the report added.

Then, in March, a senior director cut ties with the company, citing work stress. Three days later, a share price crash wiped 85% off the company’s valuation in just 90 minutes. Share prices took a nosedive from a steady sailing just below HK$3 to dip below HK$0.50 before being suspended.

The collapse led a mass exodus of board members as the firm was forced to deny claims that its majority owner Yang Kai misappropriated funds to invest in the property market.

There’s no clear way forward for the company. Estimated to be in debt to tune of US$5.8bn (€5.33bn) and in search of a saviour, the Hong Kong press reports provincial authorities have already intervened to protect Huishan from its creditors.

The South China Morning Post quoted a dairy expert who said: “It may fall into the category of companies that are too big to fail”.

Huishan is the largest taxpayer in Liaoning province in northeast China, employing 40,000 workers and producing everything from grass feed to powdered milk. 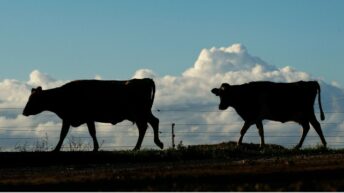