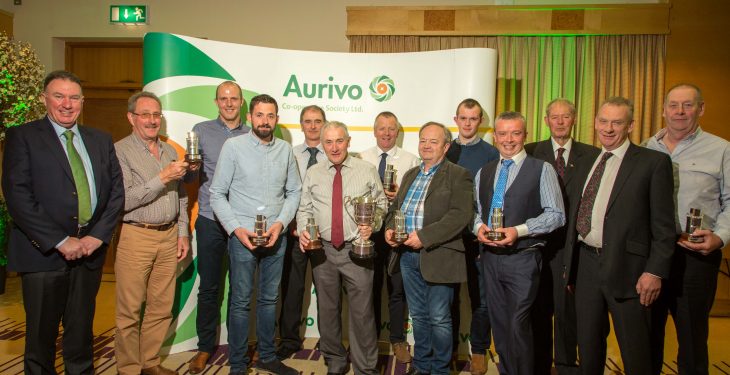 Aurivo recognised its suppliers for their excellence in milk production at the 10th annual Aurivo Milk Quality Awards.

Eight Aurivo milk suppliers were acknowledged for their dedication and commitment at the awards ceremony held at the Radisson Hotel Sligo.

The top award – Aurivo Milk Supplier of the Year – was won by Westmeath farmer David Boland.

David, along with his sons Niall and Colin, milk 130 Holstein Friesian cows on 90ha in Moate, Co Westmeath. David is a former recipient of the lowest TBC (Total Bacteria Count) award in 2013 and has “maintained this level of excellence”.

He credits the low TBC – of 5 – to hot washing the milking machine once a day and de-scaling once a week.

Aurivo is one of Ireland’s major co-operatives, with businesses in consumer foods, dairy ingredients, retail stores, animal feeds and livestock trading. Aurivo’s milk is supplied by over 1,000 dairy farmers across 14 counties.

With over 1,000 milk suppliers Aurivo is very proud of its quality milk pool and committed supplier base, in both the Republic and Northern Ireland.

Pat Duffy, Chairman of Aurivo, commented: “It is inspiring to see the continuous improvement in milk production right across the region. I congratulate all suppliers and award winners on their continued success, hard work and dedication.” 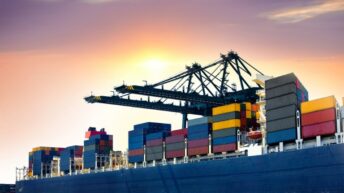 Where does Ireland import an average 3m tonnes of animal feed from every year?